Rapt Studio’s CEO and Chief Creative Officer David Galullo has been investigating the effects that working from home has had on creative businesses. Along with his international clients, which include Google and Twitter, he’s identified a collective feeling of positivity for the future. “People are finding incredible freedom just removing their commute time,” he says. “On the flip side… people miss being with others.” The key, as he says, is balance.

HOW HAVE YOU BEEN THESE PAST FEW MONTHS?
I’ve been in Sonoma, 45 minutes north of San Francisco and I must say it’s not a bad place to be sequestered. We started allowing our team to work from home in early March if they felt at all uncomfortable. The stay at home order was introduced a few weeks later. We have about 45 people in San Francisco, 20 in our Los Angeles studio and 15 in New York.

HAS THE STUDIO ADAPTED WELL TO WORKING REMOTELY?
We work all over the globe and because we’re so used to collaborating with local consultants we’ve been working remotely for a long time and have built our infrastructure to support that. Also, we operate our studios in such a way that each one works with each other rather than as isolated units, so we’re constantly in connection with our remote teams anyway.

WHAT ARE THE CONVERSATIONS YOU’RE HAVING WITH CLIENTS?
We’ve been working with a lot of clients on their return to work policy. The first piece of learning is to really survey staff and understand that they’re in tune with what the drivers are for success now more than ever. Early on it was ‘oh this is okay, we can do this it isn’t so bad’ and then it was ‘I’m going to lose my mind, I’ve not gotten up from the same place, I’ve not really seen people except through the flattening of interaction of a virtual window. I can’t do this’. But I think people right now are starting to find their equilibrium. ‘Okay, I can work quite successfully at home with these kinds of drivers in place. And what I’m missing is this list of things… So if I find a situation when ‘we return to work’ I have a better grasp of what I’m capable of at home, I know what I’m missing in the work place. How can my employers support all of those success drivers.’

FROM THESE EARLY LEARNING STAGE ARE THERE REQUESTS OR SUGGESTIONS THAT ARE COMING UP REPEATEDLY FROM EMPLOYEES?
Yes, people are, in general, finding an incredible freedom just removing their commute time. In the beginning, and still to a degree, we were finding that people were absorbing that commute time into work time - ploughing through and 12 hours later they’re realising they’ve not seen the light of day. Google recently announced that they’re giving everyone one day off as a nod to the burnout that some people are experiencing working from home.

HOW DO WE PROTECT OURSELVES FROM OVER-WORKING?
You have to build arbitrary work barriers around your day now. We’re finding that people are really happy about the time they’ve gained back and are now using it to feed themselves rather than just to do more work. Before this, I travelled almost all of the time. Every conversation I had was almost out of the door or on Zoom rushing to something else. I’ve learned to appreciate big chunks of thinking time and to clear my head and not have distractions and be able to complete and develop a thought – that has been unbelievable. On the flip side what we’re hearing almost universally is that people miss being with others. We’re social beings. And I think oh-so-many-weeks in, we’re finding that the digital interface has supported those interactions to a degree, but it only goes so far and stops short of meaningful interaction in real time. It’s not the same.

SO, THE IMPORTANCE OF WORKPLACE REMAINS PARAMOUNT?
I truly believe in the power workplace to bring people together, to make them feel like they’re part of something larger than themselves. All of the articles about the death of the workplace and the open office – they’re missing the point. The problem has been that we’re expecting the workplace to do everything for everybody all of the time for any task at hand. But maybe now what we’ve learned is that perhaps I work at home on those days when I really need some head’s down work and I can connect with my team virtually. And maybe there are some days that my entire team shows up to the office and we gather to do all of those things that we can’t do virtually, get all of that meaningful connection to a brand and to the culture, to my co-workers that I can’t get from home. So the workplace begins to be designed around those kinds of interactions. The workplace still has a key role in the ecosystem of places and tools an employee needs. It offers meaning to the connection between a company, its culture and the people.

WILL THE WORKPLACE LOOK THE SAME AFTER THIS?
I think long-term it will look different as we realise we don’t have to build so much office space for people to come in a do heads-down work. In fact the home office now will play a part in the workplace ecosystem. And perhaps even remote offices that allow me to stay within my neighbourhood and not to do an hour commute, but perhaps just a 10-minute commute. That way my co-workers who are adjacent to me and I have a place to tuck into that has support and services in-between home and workplace. But workplace will have a gathering cultural hub connective tissue role.

YOU TRAVELLED 370,000 MILES LAST YEAR. DO YOU MISS BEING ON A PLANE OR IS IT A BIT OF A BLESSED RELIEF BEING GROUNDED?
Yes to both of those things. I think if we’re learning anything from this forced experiment it’s this need for balance. One thing doesn’t satisfy all the things that I need. I need to travel, it makes me happy. To do what we do, to do what I love but to plug in and test it against local customs, local culture, and a local design aesthetic - that is really thrilling to me and I miss it. Have I learned that big chunks of time at home has allowed me to be more centred and grounded and to do better, deeper thinking? Absolutely. So can I come out of this with a better balance? I sure hope so. 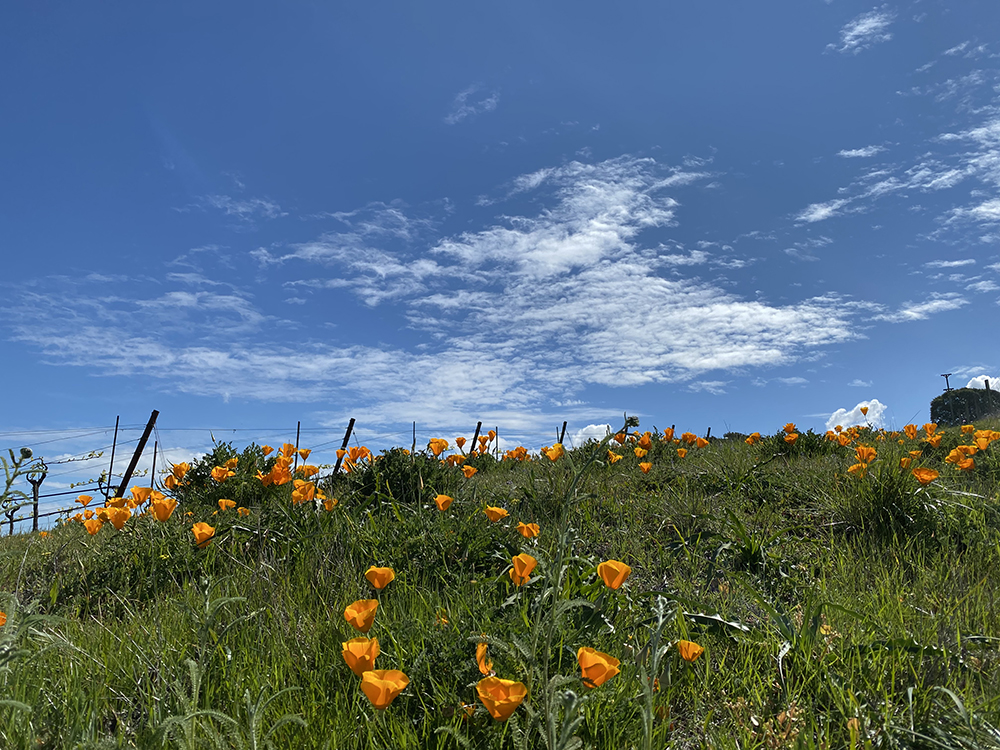 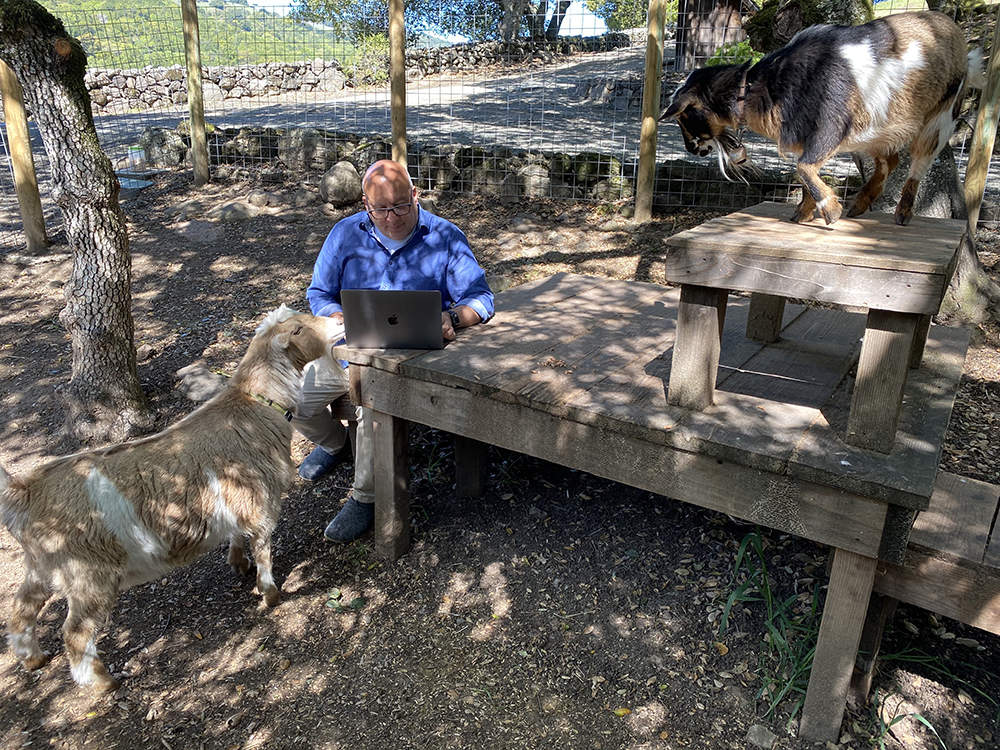 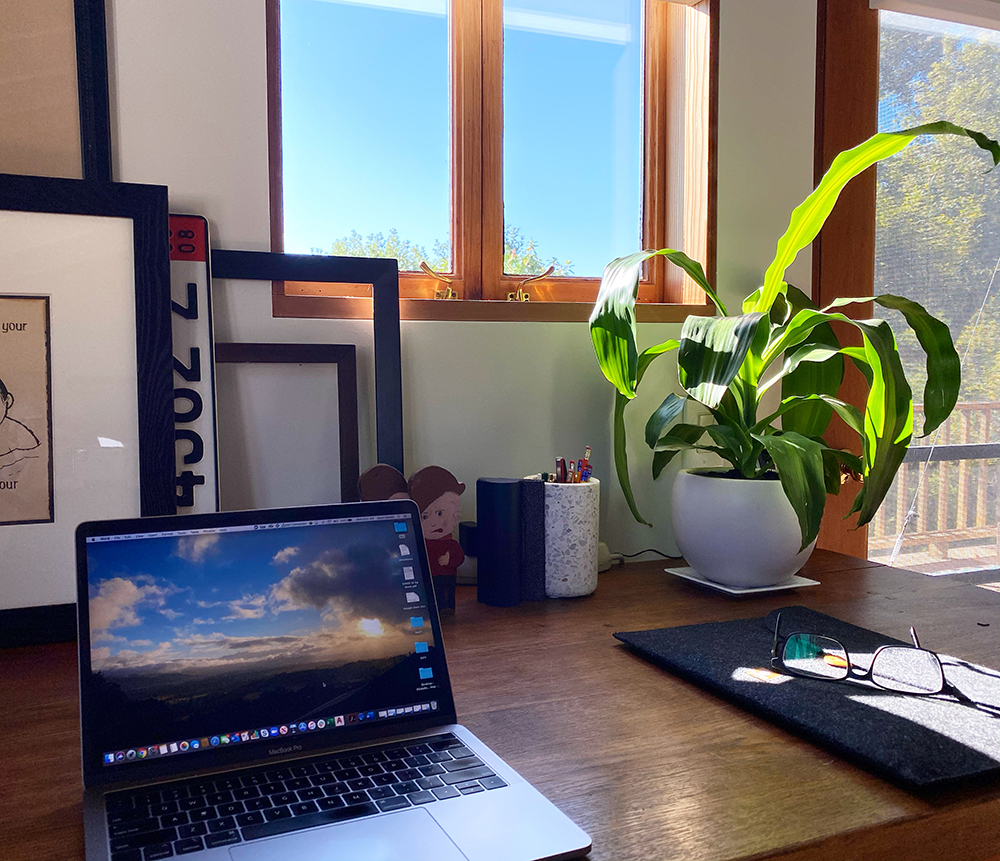 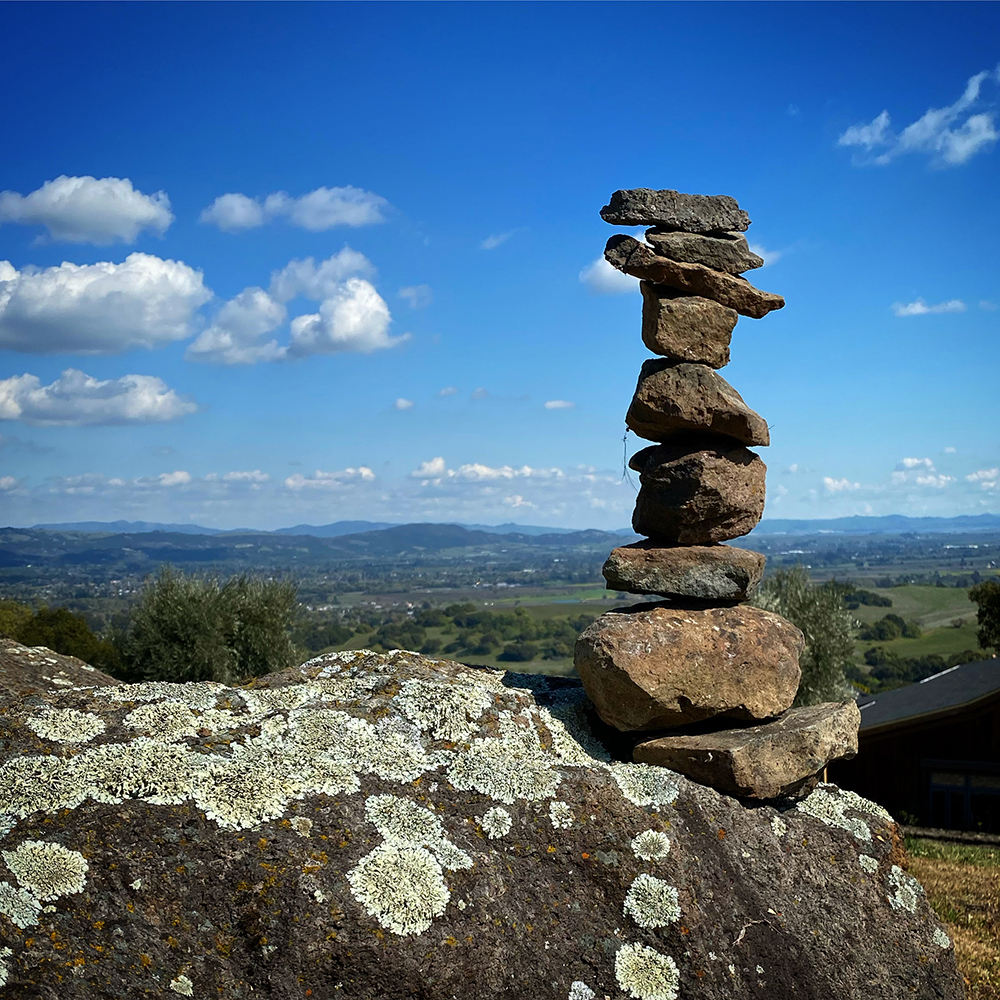 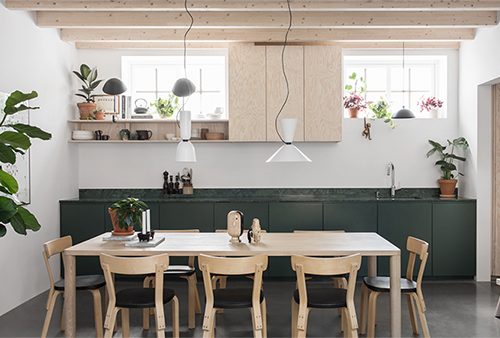 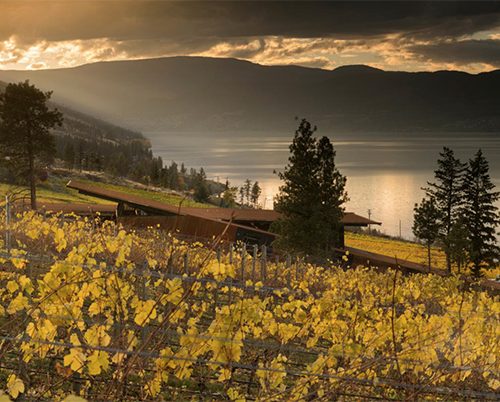