About Clients Contact Instagram Power of design 2022
News Design Miami/ Basel 2017
“The fair has expanded and the quality is high, from postwar Italian design to furniture by contemporary architects… It has now expanded to 47 galleries, and the standard has risen too.”
- Caroline Roux, Financial Times
Basel
Share

47 leading design galleries from 11 countries exhibited at this year’s fair including 12 of the 17 founding galleries and six first-time galleries.

The 2017 edition of Design Miami/ Basel saw a huge array of rare and historic furniture presented which drew a flurry of collectors and other notable attendees throughout the week of the fair.

A rare, special commission cabinet by Ettore Sottsass sold at Giustini Stagetti/ Galleria O. Roma to an American buyer for approximately €450,000 who in turn agreed to lend the piece to the Metropolitan Museum of Art for its upcoming exhibition of the architect’s work this summer. The cabinet was conceived as the main element for a private apartment in Milan furnished by Ettore Sottsass in the early 1960s called “Casa con la bambina cinese.” The piece was acquired 54 years later directly from the Chinese girl herself.

For 2017, Design Miami/ Basel tapped the visionary mind of notable American fashion designer Thom Browne to curate the Design at Large installation. It was the first time a fashion designer was invited to stage the large-scale entryway exhibition and Browne exhibited a precise grid of important desks from the last one hundred years, each along with an accompanying lamp and chair. The grid of desks faced off with a conceptual installation Browne designed in 2014 for his Fall / Winter 2014 Men’s Runway Show titled Hunters/Animals, which was restaged for this exhibition. Browne also directed an hour-long performance on the opening day of the fair in which 16 local female students from ECAL and FHNW, who formed a silent procession before sitting each at a desk and producing an artwork within the installation.

The Design Curios returned to Basel for 2017 with ten participants offering snapshots into today’s design landscape that were interspersed throughout the main gallery programme. The Curios included a presentation of a group of chairs made by Carlo Mollino for the RAI Auditorium, Torino by Oscar Humphries, SUPERGUFRAM presented new, limited-edition pieces by Studio Job and Geneva-based jeweller Suzanne Syz showcased five of her highly original and unconventional jewellery designs in frozen-yogurt inspired jewellery boxes designed by American artist Alex Israel and presented in a frozen yogurt store within the fair. 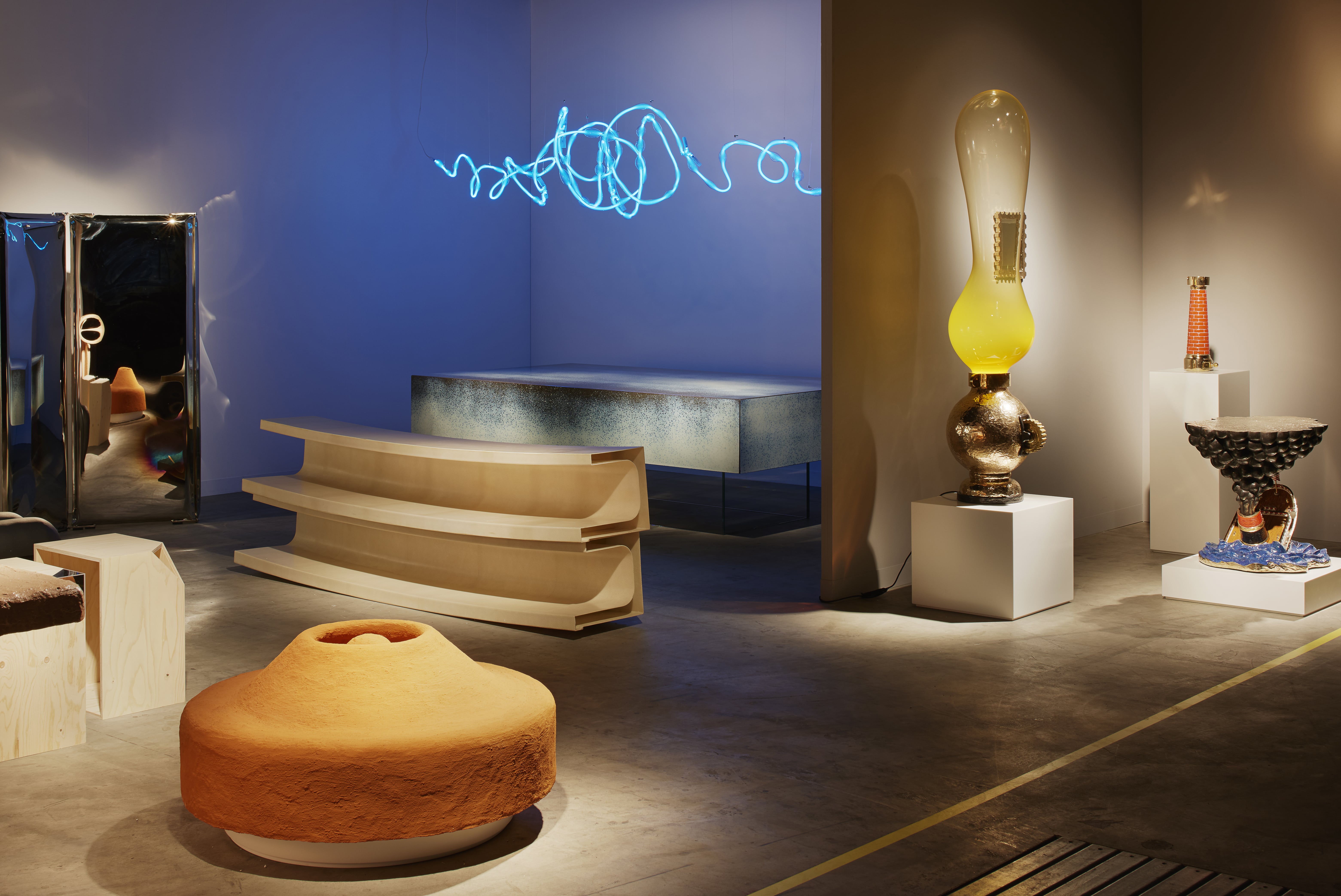 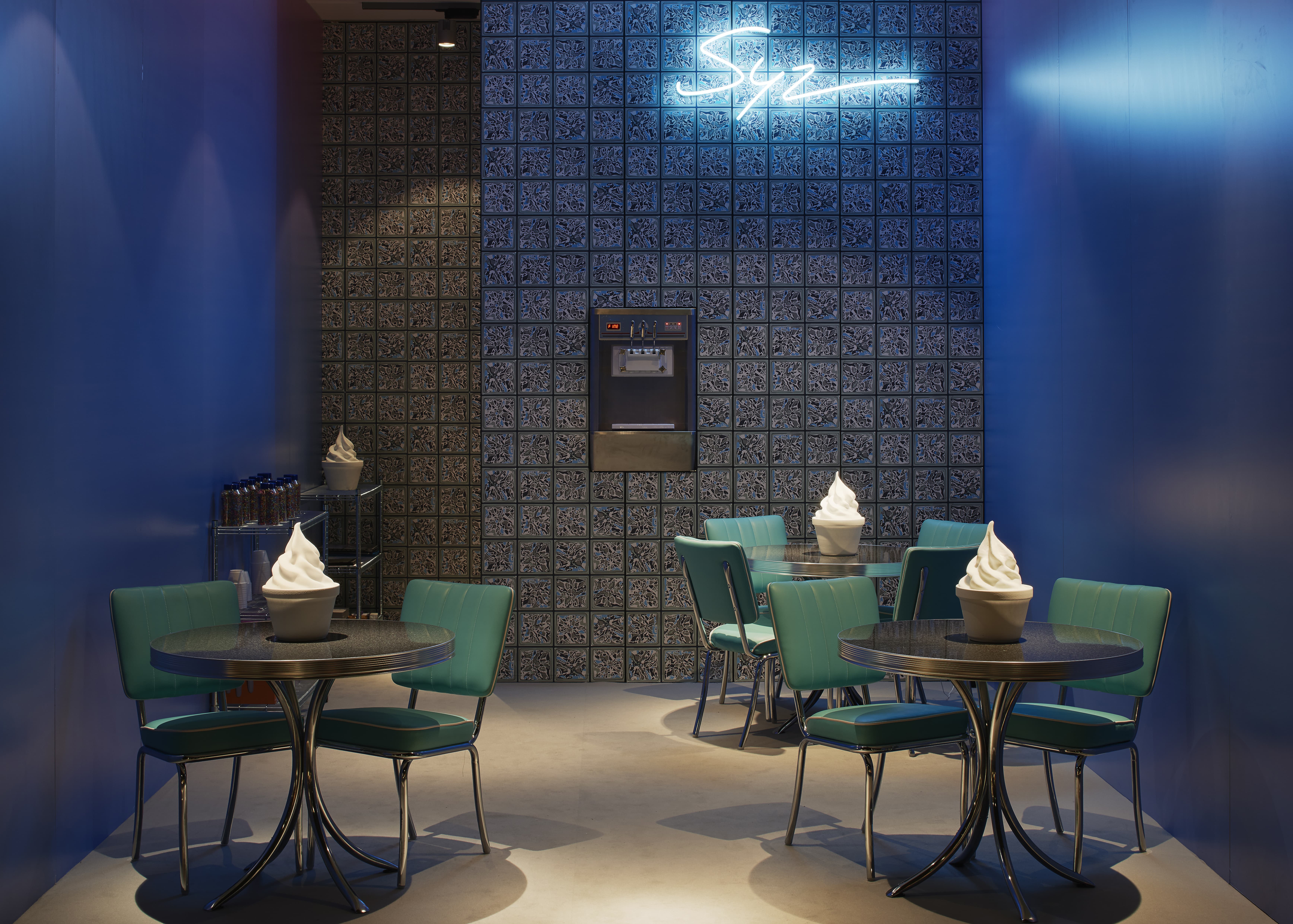 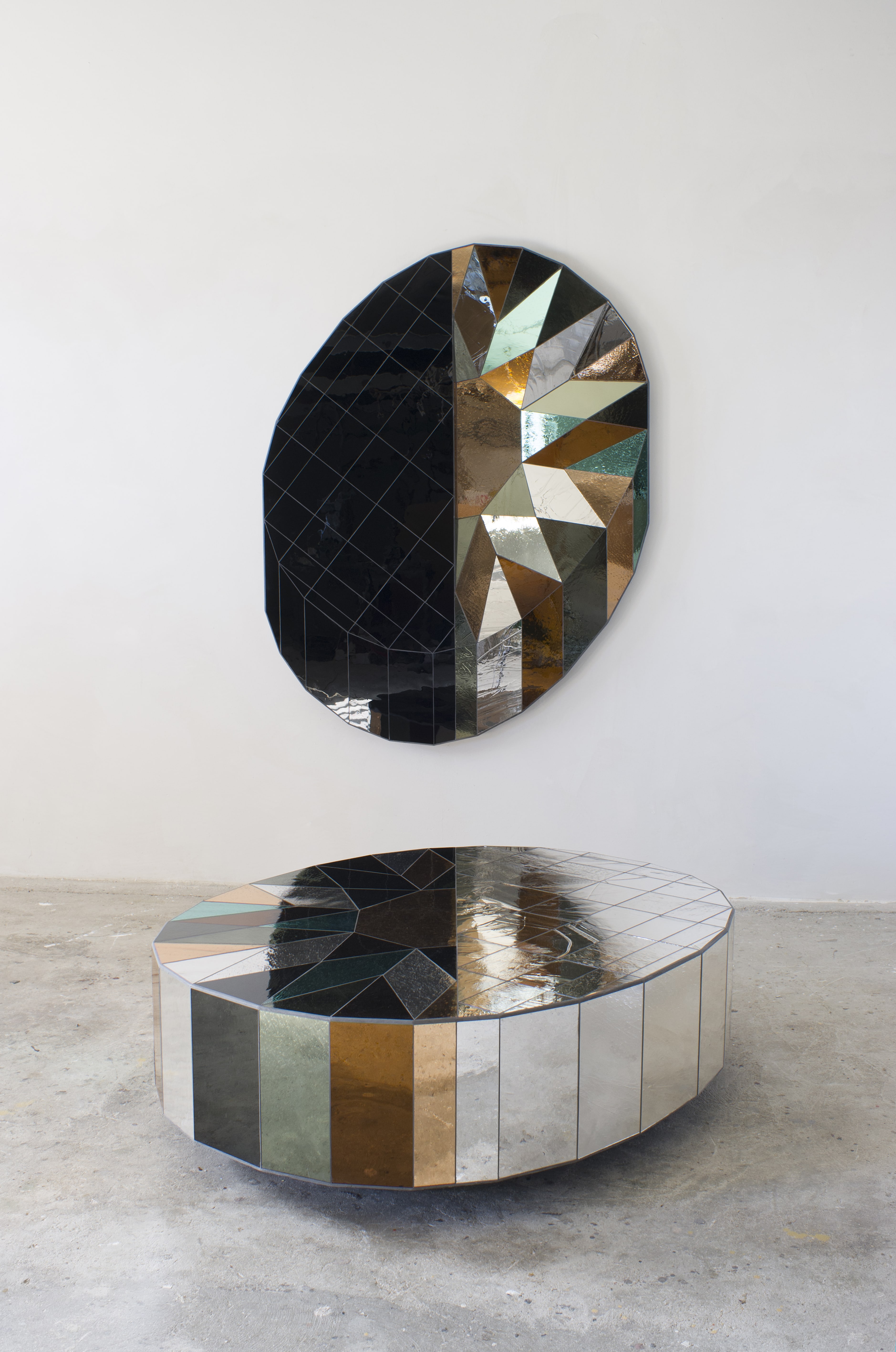 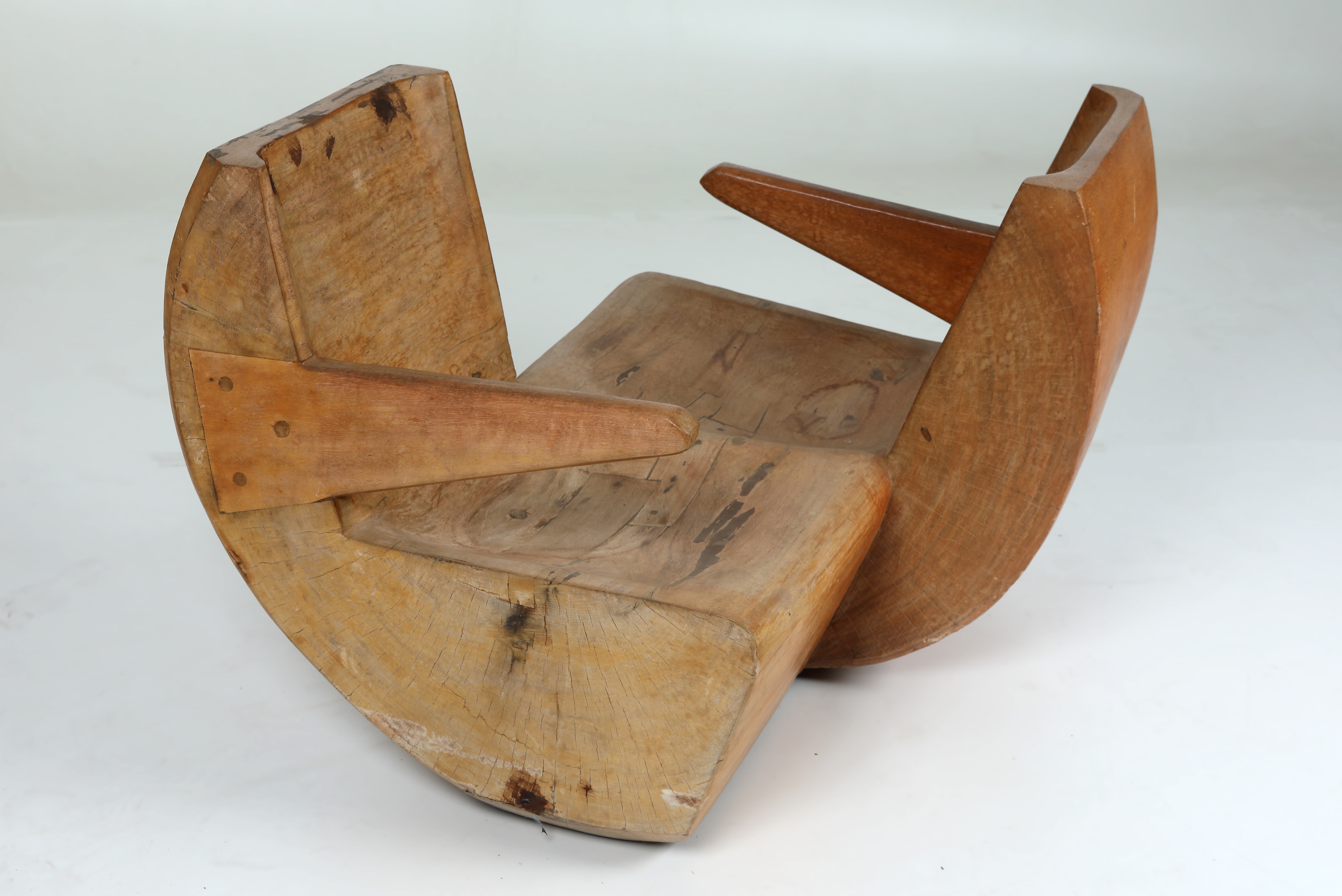 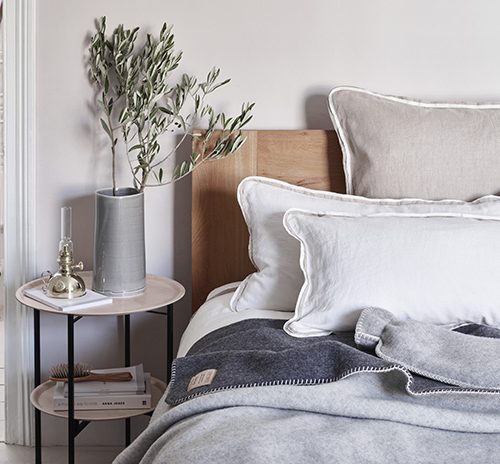 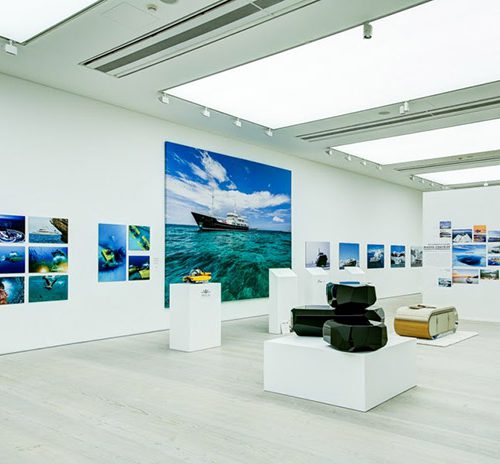