For the first time outside of Europe, Wallpaper* held their annual design awards in the new San Francisco office of Airbnb. Recognizing the “people, places, and phenomena” that most impressed Wallpaper* editors over the last year, the winners were selected by a judging panel that included Victoria Beckham, Michael Chow, Ron Gilad, Spike Jonze, Thom Mayne, and Thaddaeus Ropac. In collaboration with Camron and 6UP, the Wallpaper* team transformed the atrium of Airbnb’s office into a spectacular display highlighting this year’s winners through dramatic lighting installations and a bespoke film created by Christian Borstlap. Exhibitions highlighted the Wallpaper* selections for some of the best designs to come out of the Bay Area over the last decade as well as the 2014 Design Award winners. Guests were welcomed by a local mariachi band and once inside enjoyed cocktails by Rye on the Road and Japanese bites by Peko Peko. DJ Kindness spun an eclectic mix of music that kept the room of designers, influencers, press, and tech industry insiders moving. 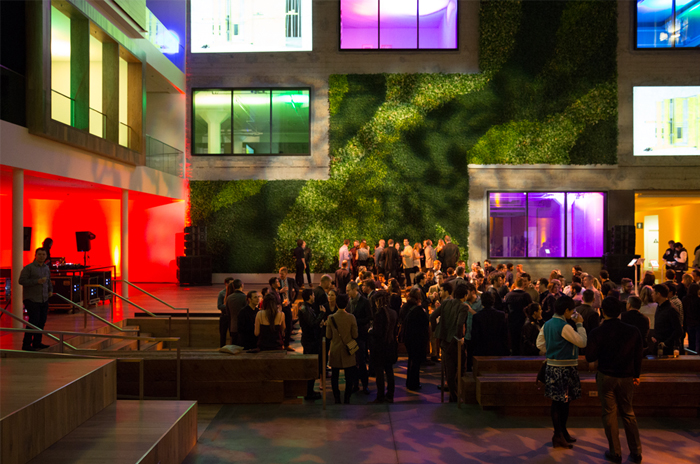 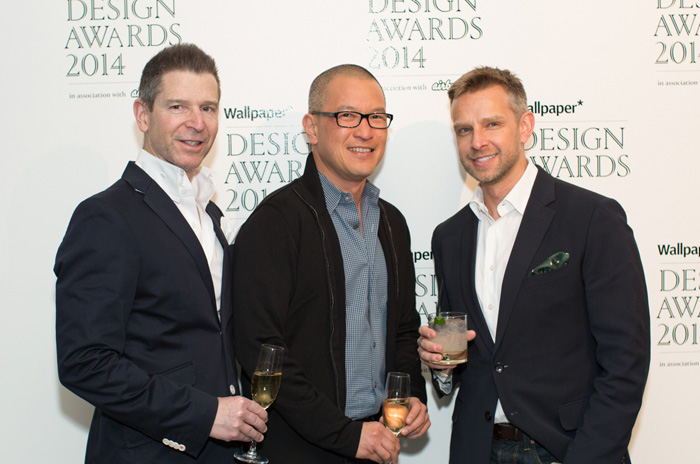 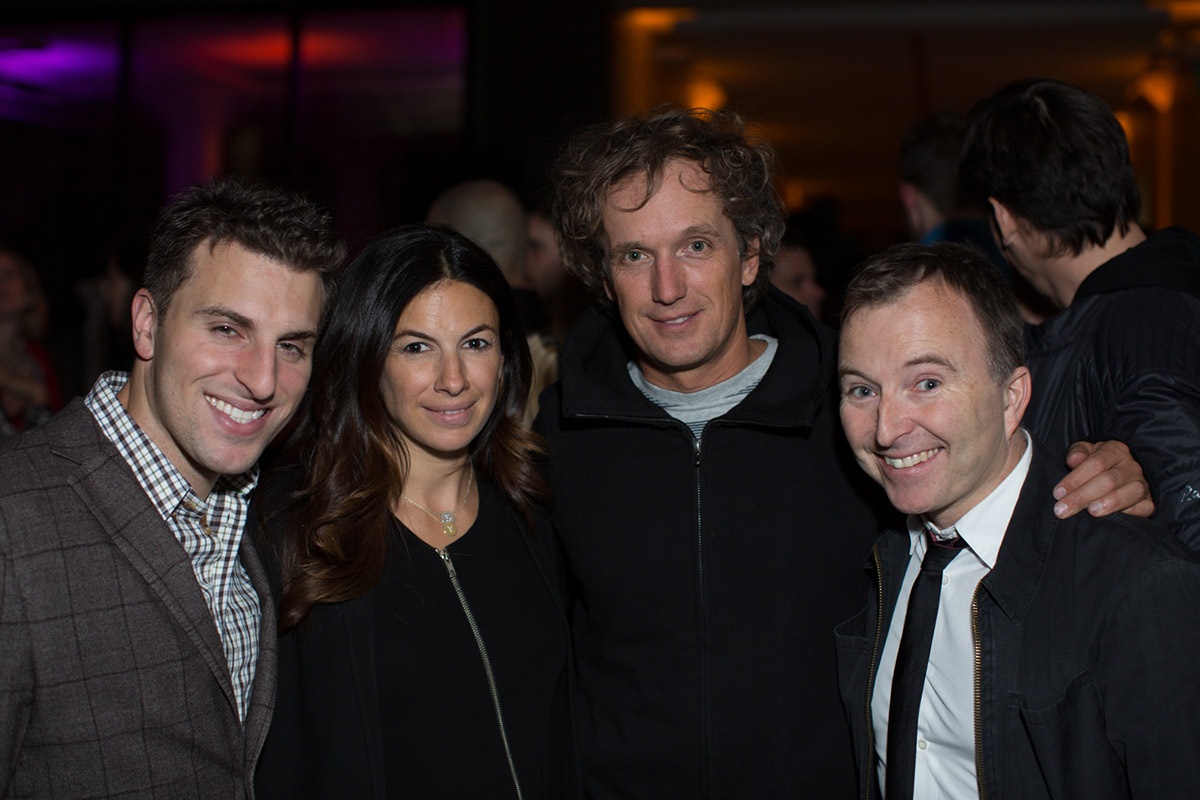 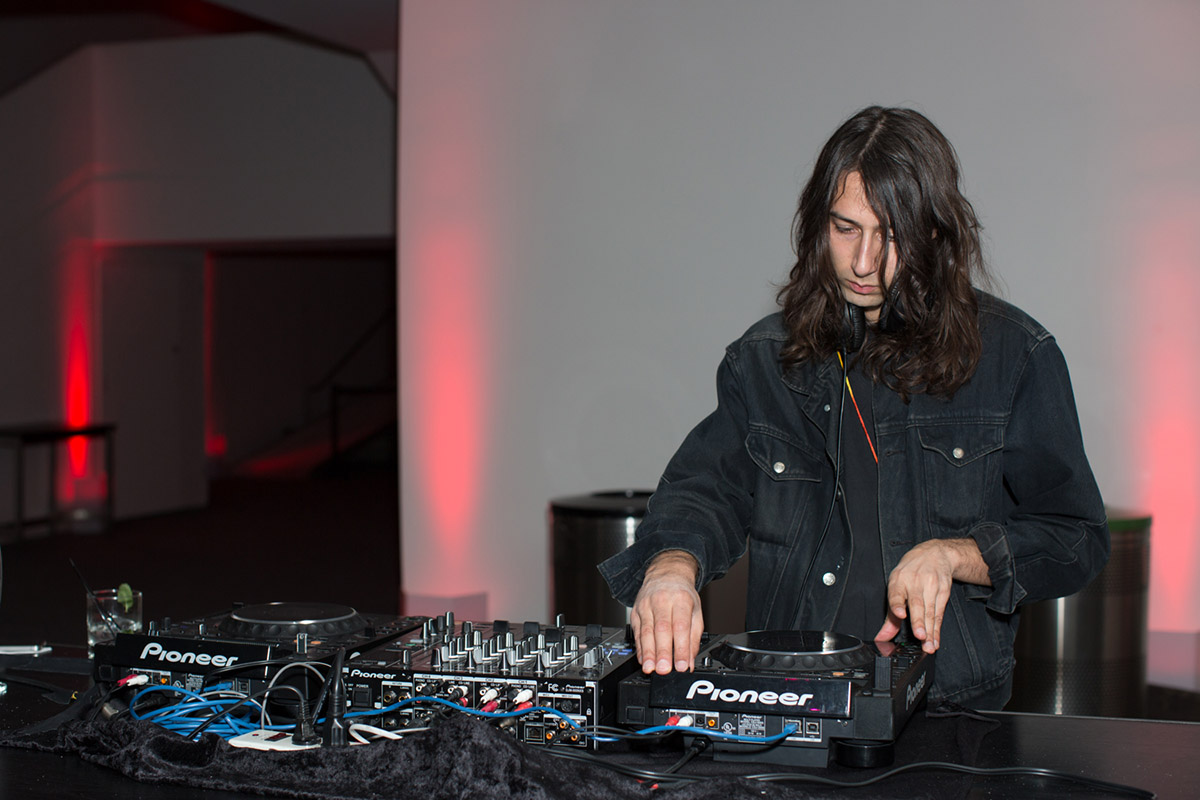 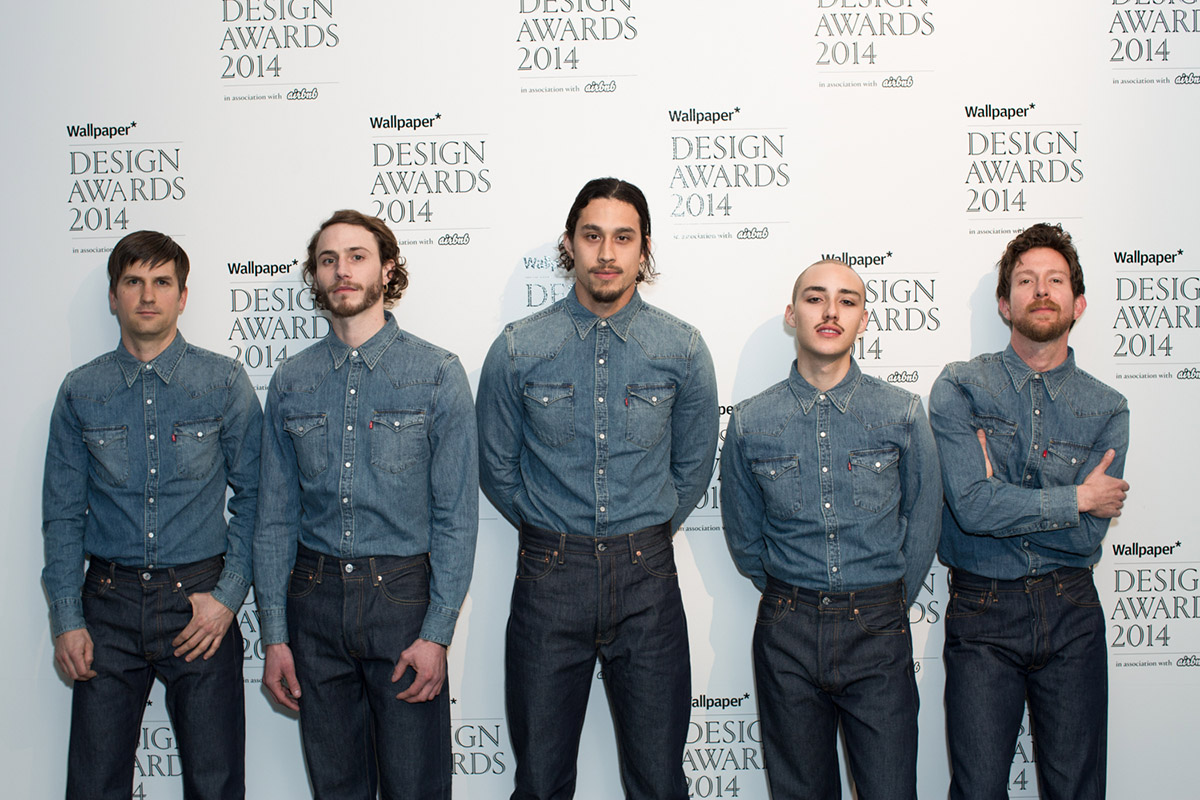 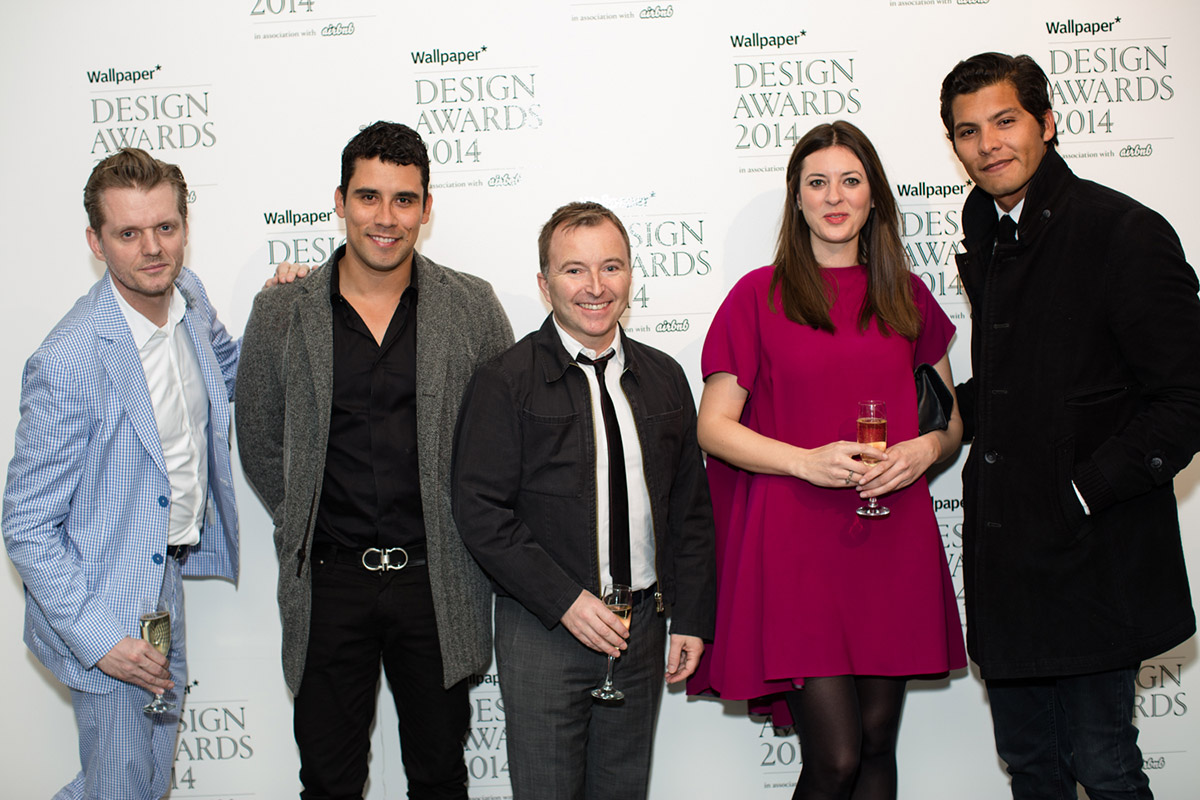 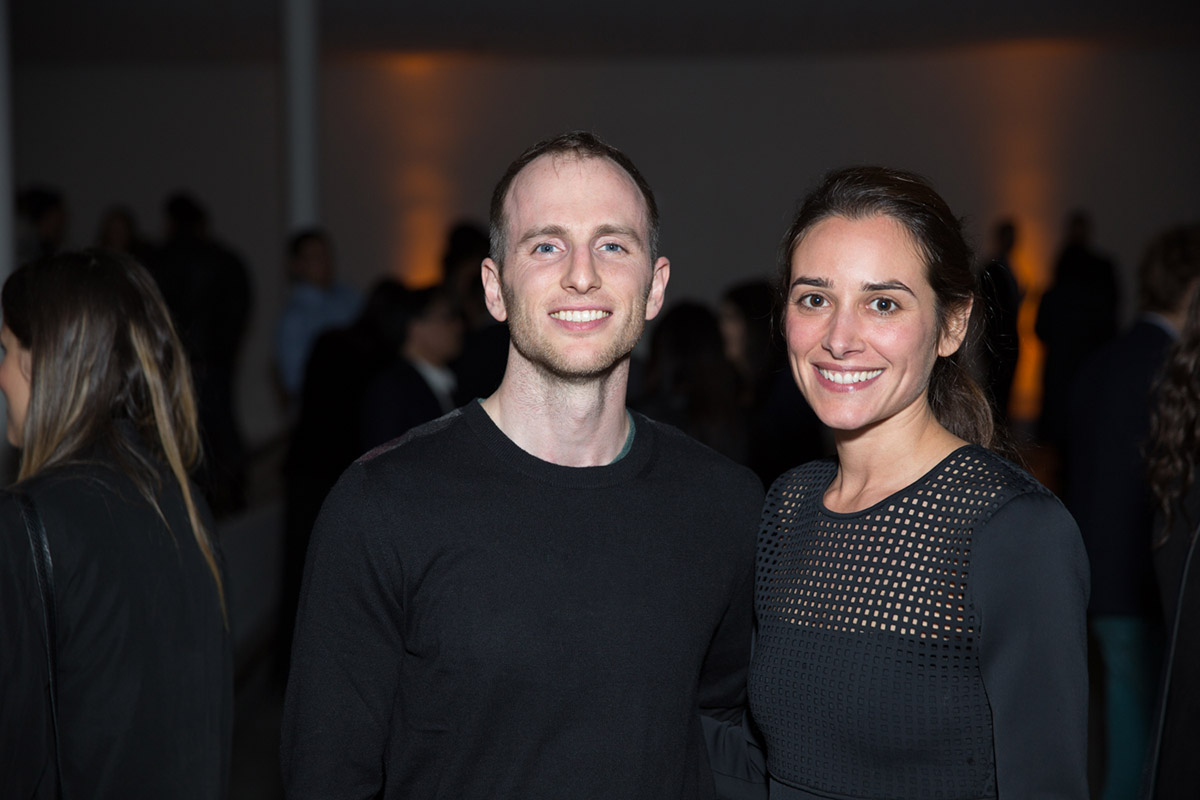 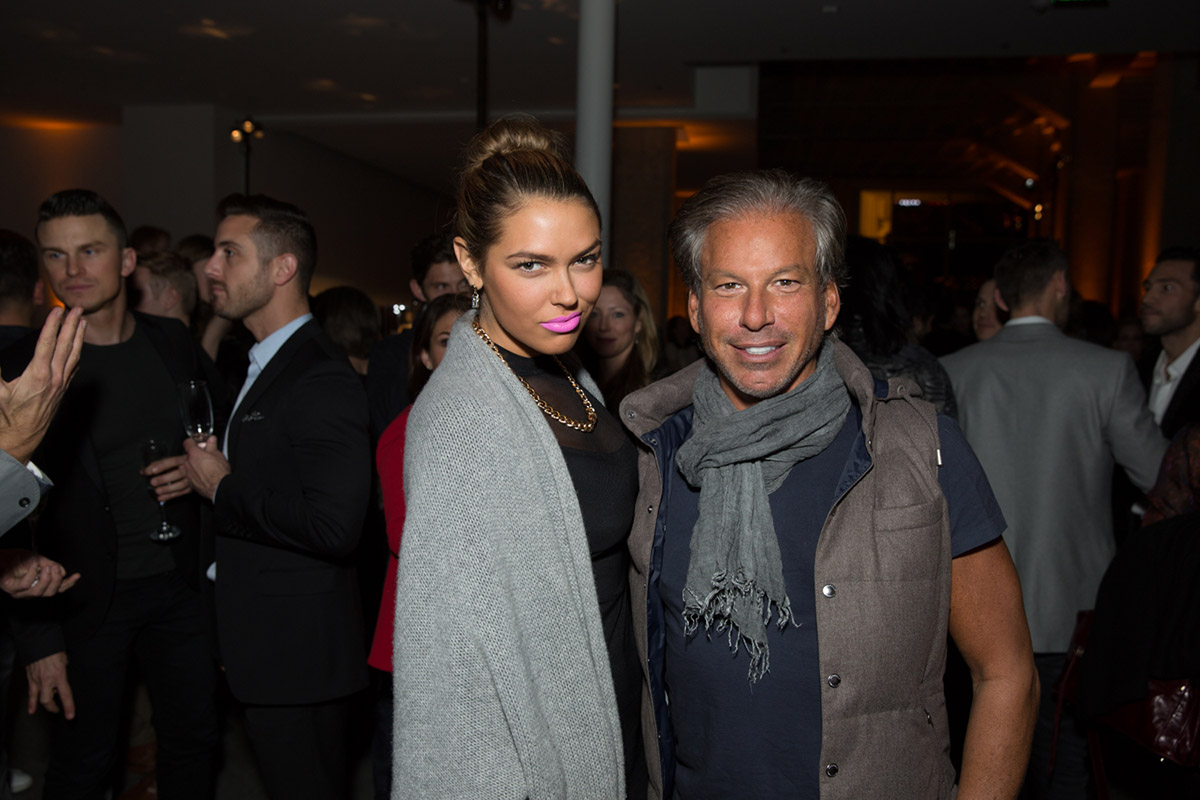 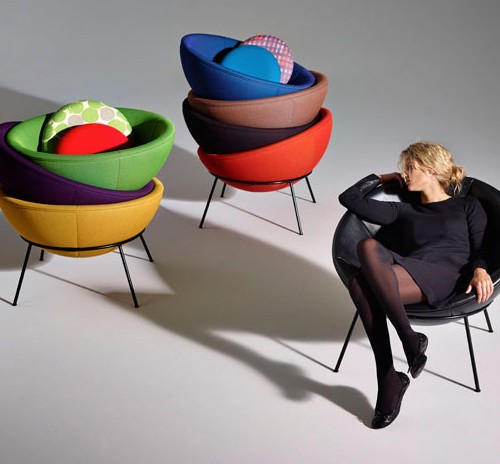 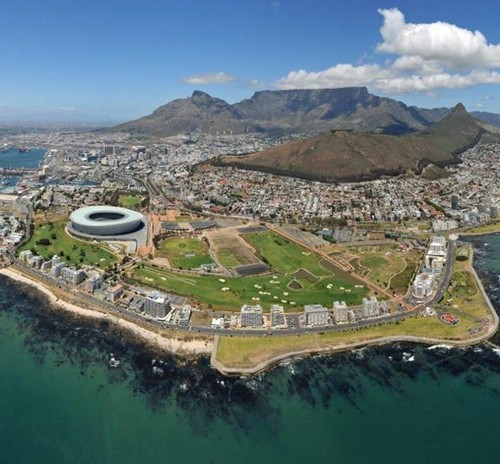