About Clients Contact Instagram Power of design 2022
News Interview with Anthony Sperduti, Mythology
“Everyone is trying to speak to us, right? Showing us their progressive credentials, trying to show that they stand for things beyond just profit. But now everyone is doing that, from the big guys to the small, so that might start not really doing much, because it’s now just table stakes.”
Anthony Sperduti, Mythology
New York
Share

Anthony Sperduti, co-founder of the New York-based multidisciplinary creative studio Mythology (formerly Partners & Spade), predicts a positive future for brands and retailers that align themselves with social and environmental responsibility in an authentic and meaningful way

JUST FOR BACKGROUND, CAN YOU EXPLAIN WHAT YOU DO AT MYTHOLOGY?
We’re in the business of helping brands, either from scratch or mature brands, find their voice (again). Sometimes it’s done through marketing and advertising, retail design and sometimes it’s on a fundamental strategic level with written word, graphics and imagery. In its previous incarnation, as Partners & Spade, which I started with my former business partner Andy Spade, it was more of a catch-all for creative endeavours: a gallery, a book publisher, a space for anything creative that we felt was interesting. Mythology is a little more laser-focussed. The part I get passionate about is working with founders I find inspiring or ideas that I find really and truly game-changing.

WHAT’S YOUR STUDIO SET-UP?
We’re a team of about 45, some full-time, some contractors: graphic designers, advertising art directors, advertising writers; architects, interior designers and industrial designers and strategists. It’s the blend of the skills you'd find at an advertising agency, a graphic design studio and a strategy shop and an architectural firm. And with added contractors and partnerships it gets really specific, such as lighting design for retail, or typographers that specialise when we do logo design.

HOW HAVE YOUR CLIENTS COPED THIS YEAR? WHAT SORT OF CONVERSATIONS HAVE YOU BEEN HAVING?
To be honest, the social unrest in this country has been more tumultuous than COVID in some ways. Of course, it has been disruptive, but in some cases, it has helped connect business. My sense is that the social unrest has created more turmoil because there is a lot of anger in this country, especially the younger generation, wanting answers for a range of things. I’ve certainly had a fair amount of conversations with founders and they absolutely agree that things need to change: with race, climate, hiring practices, etc. There is such anxiety and anger in this country leading up to the elections. How to manage that and keep their workforce happy, to keep their consumer audience happy seems to be a major theme. People just might not be in the mood to buy things right now.

WHAT DO YOU DO ABOUT THAT?
Everyone is trying to speak to us, right? Showing us their progressive credentials, trying to show that they stand for things beyond just profit. But now everyone is doing that, from the big guys to the small, so that might start not really doing much, because it’s now just table stakes. Some people are deciding to wait out through the election knowing it’s going to be hard going to market, getting people to care. Who cares about the newest brand of socks right now? We all have bigger worries on our plate. So, some entrepreneurs who were looking to launch have pushed things back. Some businesses are looking to market even harder before the election hits, before the holiday season. And then there are those waiting it out until the new year and hoping that resets things. It’s a fluid conversation.

WHAT HAVE YOU NOTICED WITH CONSUMER BEHAVIOUR? HAVE OUR NEEDS CHANGED? HAVE OUR EXPECTATIONS CHANGED?
Of course, culture is driven by youth, and the younger generation has really seized on this moment to vent frustration and real, raw anger, and deservedly so, so that has really pushed the expectations of brands to do more than they’ve been doing. I think companies are all doing different versions of that and the truth is that it’s still a version of white washing, it’s still a version of ‘today we put out a nice social responsibility message and perhaps our practises have changed a little bit, but in truth we’re not really changing’. What will be interesting to watch is the brands that start now and starting in a purposeful way from the get-go.

YOU’VE SPOKEN PREVIOUSLY ABOUT MISSION-DRIVEN BRANDS – IS THAT WHAT YOU’RE TALKING ABOUT?
I see a ton of people picking up the voice of progress and change and in wallpapering their brand with it the truth is a fair amount of people are going to sniff that out, especially the younger demographic. Patagonia as a brand I deeply believe. When they say ‘vote this a*****e out of office’ they’re willing to lose business for their belief. I think a lot of companies are trying to be progressive at the moment, but aren’t willing to do that. That’s a big defining characteristic. I think what will come out of this is people being able to smell the difference between brands that have started out like this and are committed and those wrapping themselves in a cloak of progress and hoping that they still stay profitable, but feel like a company that has ideals.

IS THERE A DEATH KNELL FOR SOME OF THE CLUNKIER OLDER BRANDS UNWILLING TO ADDRESS THESE ISSUES? ARE SOME TOO BIG, TOO SLOW AND JUST VIRTUE SIGNALLING?
Virtue signalling is the right way to say it. I think some brands or companies are big enough and their momentum, while declining, is still great enough to keep them afloat for a while longer. There are some categories that will be immune to decline, like where I buy a replacement muffler for my car - I just want a good deal. Some categories such as the clothes I wear, the shoes I put on my feet – the things that other people will see and signal what I stand for; the car I drive, the phone I pull out of my pocket, the food that I eat. I think there’s a fair amount of stuff that will signal who they are to other people, so I think those brands will have a high bar.

WHAT ARE YOU FEELING ABOUT BRICKS AND MORTAR RETAIL BEYOND THIS IMMEDIATE PERIOD? ARE RETAIL SPACES POINTLESS OR CAN THEY BE NIMBLE, FLEXIBLE SPACES INSTEAD?
I think bricks and mortar will survive this. There’s an innate desire in us as a species to physically connect with other people and with things and as a community. It has been adapting every decade and this year is probably an accelerant. It’s about building community, creating content, exciting our consumers in a way you can’t do virtually. Perhaps it’s a meet-up place for like-minded people. What’s really exciting is that some entrepreneurs are thinking this is great; rents have been so exorbitantly high and finally there are deals to be had so are being quite aggressive about retail. They’re taking a bet and I think it’s a great bet. Yes, this pandemic will pass and we’ll learn to live with it the way we have with other viruses; people aren’t going to stay in their homes 24-7. I see it in New York right now. Last weekend people were out, eating in restaurants. You can already tell there is pent-up demand for human interaction.

ARE YOU TALKING ABOUT CITY CENTRES OR NEIGHBOURHOOD BUSINESSES, EMBEDDED IN LOCAL COMMUNITIES THAT ARE THRIVING?
There have been a couple of clients talking about different strategies, perhaps some off the beaten path. And the idea of building community through bricks and mortar has been a theme for years in what we do. There are some clients who’ve seen this as an opportunity, so have doubled-down on this. The shopping centre in Soho and other centres in Manhattan are just as eerie and quiet, but I don’t think this is a permanent change. At the end of the day if what comes out of this is more small, localised businesses and the larger businesses drift away and that’s the stuff that we shop online, that’s probably not a bad outcome. I love the idea that retail is what turns you on to something that you’ve not seen before; connecting you with people you might not otherwise have connected with and enriching your experience with something that is beyond consumption. If you just want to consume you can do that in a meaningless way online. So, any change in my head that points us to an area of more meaningful connection is a positive thing. Smaller community stores do that, right? We have been missing that in modern life in the past generation or two. Maybe I’m being optimistic, but maybe that’s part of the new normal. There are lots of aggressive, smart entrepreneurs that are going to look at this as an opportunity. People will not stay in their bubbles avoiding each other, but that’s exciting, right?

IN OUR RUSH FOR FASTER, BIGGER, TECH-DRIVEN, DO WE ACTUALLY CRAVE SOMETHING SLOWER AND SIMPLER?
It’s been part of our philosophy for years. We as a species need some of this as an antidote to the big businesses. Maybe it’s the Mom & Pop businesses, but perhaps it’s the larger brands wanting to look like Mom & Pop. There’s going to be a lot of interesting hybrid businesses, getting to scale, but not looking or feeling like a large corporation. As a culture, we’re kind of done with big businesses. Big tech has let us down and is ruining democracy; larger retailers are mind-numbingly annoying to deal with. These things at scale, we’ve allowed our convenience to reward them and at the end of the day we will let them live because they give us a lot in return or so that's how it is perceived. But sometimes I think wouldn’t it be great to have an armada of 20 or 30 little local businesses as opposed to one large one that feels soulless. It would be nice to think that coming out of this time human scale comes into play.

Image 1: Anthony and his team conceived of and executed Warby Parker’s first retail store in 2013, ultimately launching a successful retail model for the brand from what began as a marketing campaign. Since then, Mythology has continued to establish brick-and-mortar strategies for brands like Sonos, Away, Shinola, Tend, and Allbirds

Image 3: A24 and Mythology partnered up to create the studio’s first brand campaigns, including A24 Auctions: a platform that lets fans own a piece of A24 by auctioning off iconic movie props with all proceeds going to charity 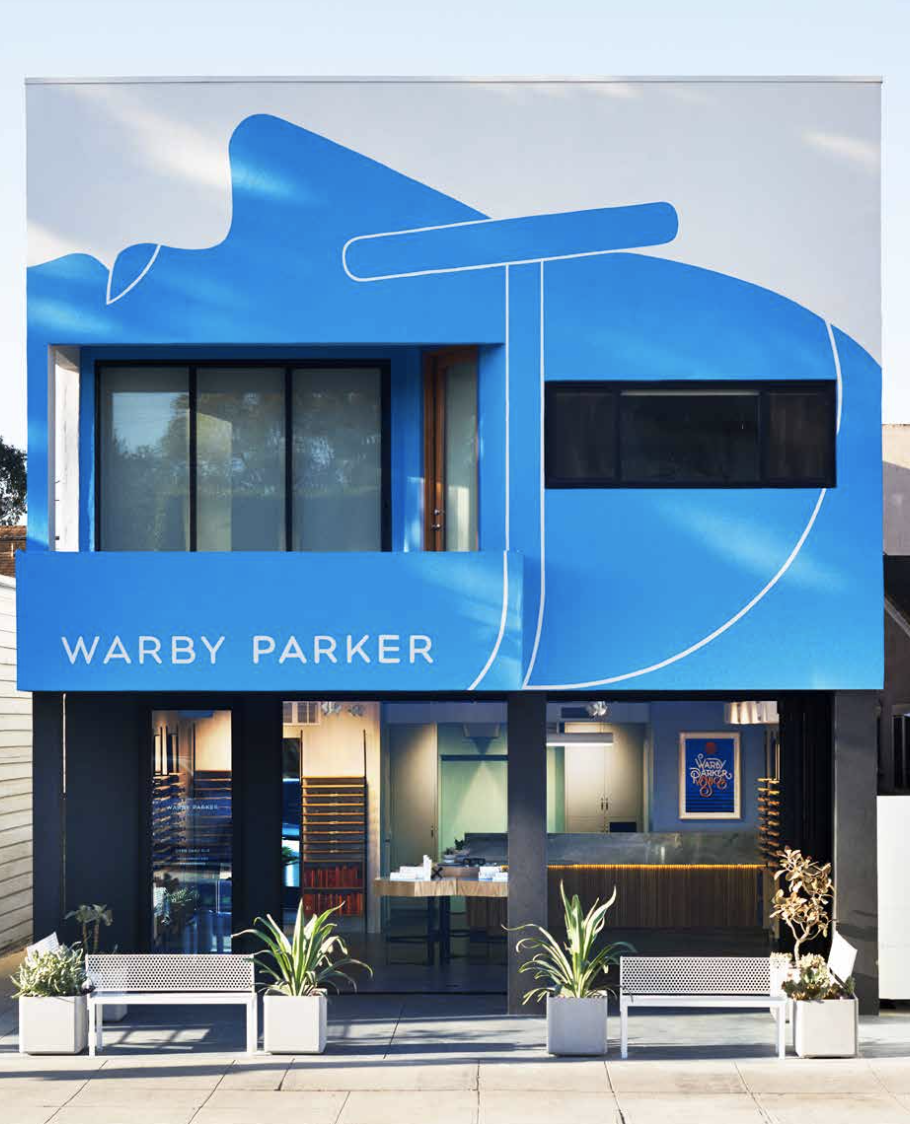 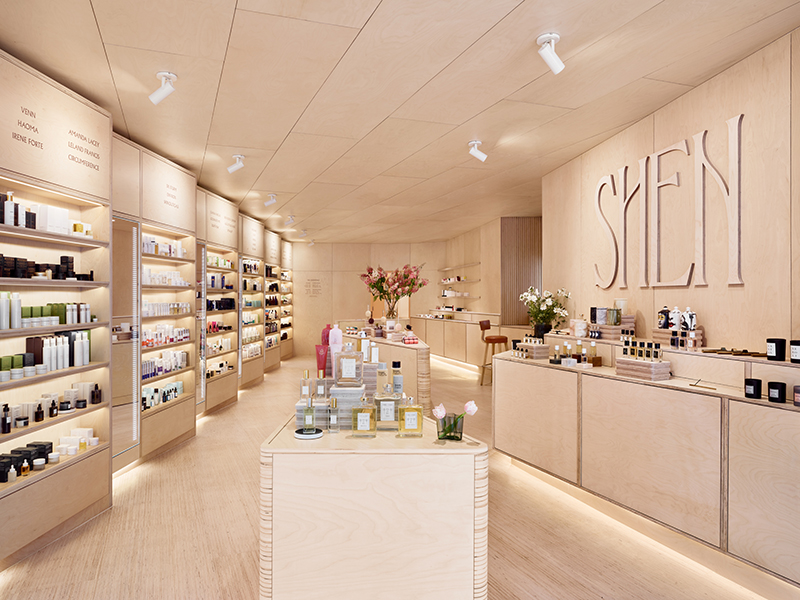 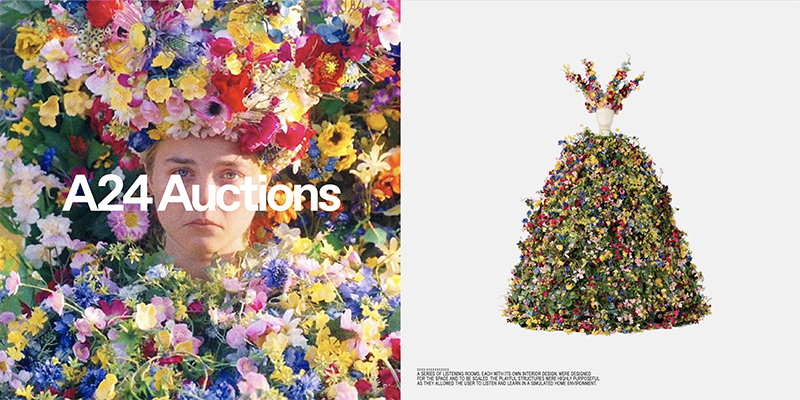 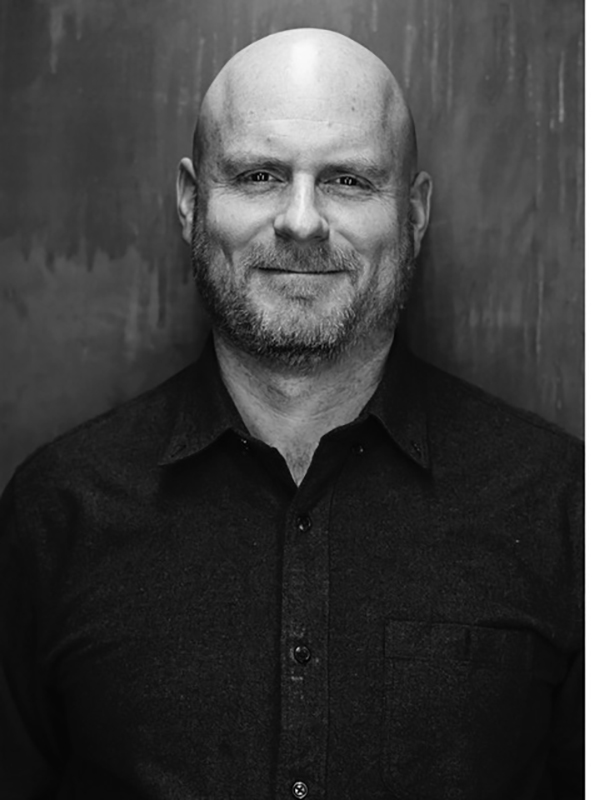 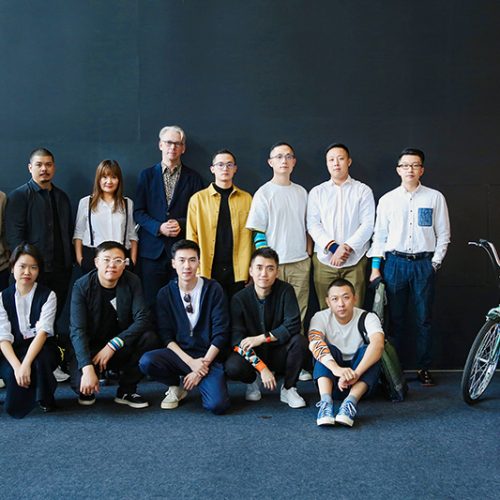 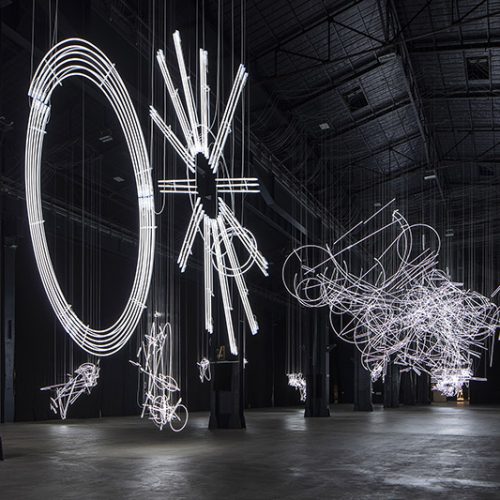 Next
Interview with Ewan McEoin, National Gallery of Victoria
This site uses cookies to improve your experience. Customise your preferences to opt-out.
Cookie settings
ACCEPT
Cookies