This year’s unexpected events have created an opportunity for the Singapore design industry to rethink what their city state’s future should look like. For Agnes Kwek, Design Ambassador for the SingaporeDesign Council, she’s cautiously optimistic and sees this as the ideal time to delve into design research and development, and examine how new systems should benefit humanity and communities.

YOU’RE THE DESIGN AMBASSADOR REPRESENTING THE SINGAPOREDESIGN COUNCIL. CAN YOU PLEASE DESCRIBE YOUR ROLE A LITTLE?
I’m not a designer by training. I’m a career civil servant, with a background in public policy and implementation across various portfolios, including defence, labour policies, community welfare, and land transport. My move into design was when I was in the Prime Minister’s office exploring citizen-centric methods for public sector innovation and excellence, which then led to a work attachment in IDEO San Francisco. In 2016, I was tasked to head the Design Singapore Council to implement the Design Masterplan 2025, of which the key ambition was to introduce design to drive an innovation-led economy and loveable city. Two years ago in 2018, we made a family decision to move to France. My husband is French and had lived in Singapore for 18 years. It was time for our children to experience both sides of their heritage and culture. And so the organisation and I thought that we could raise global awareness of Singapore design, and I became Design Ambassador covering Europe and North America, based in Paris. Singapore design is not just about form or aesthetics. If you look at the history of our national development, it was the design mindset that uplifted the quality of life, and created new opportunities around severe constraints, mainly very limited land and a small population.

WHEN TALKING ABOUT DESIGN, WHAT ASPECTS ARE YOU CONSIDERING? INDUSTRIAL DESIGN? PRODUCT? GRAPHIC OR FASHION DESIGN?
I’m actually talking about designing a system, where all parts come together. A good example that’s probably most crucial to our survival as a nation: our water system. When Singapore first became independent in the 1960s we were entirely dependent on our water supplies from Malaysia. Over the decades we’ve become self-sufficient by a confluence of technology, urban planning and developing community behaviour towards conserving water resources. We developed ground-breaking water purification and desalination technologies. We developed new reservoirs over a 30-year long term urban planning vision. We beautified reservoirs and turned them into community areas so everyone can enjoy being around water. And that for me is the best example of system design uplifting the quality of life. So if you look at Singapore as a country that is our DNA of design. That has filtered through to Singapore designers in general. They are really good at making opportunities out of constraints.

SINCE YOU’VE BEEN IN FRANCE WHAT HAS BEEN YOUR REMIT AS THE DESIGN AMBASSADOR?
It’s to promote Singapore design in both Europe and North America. That means introducing Singaporean designers into the market to create networks and collaboration with brands, or even just to provide an entry point for brands to sell in those regions. I’m also part of the Economic Development Board, which is the government economic agency that attracts investment in Singapore. We are one of the largest hubs for Asia Pacific headquarters for many global firms and increasingly they’re investing in design innovation teams in Singapore to innovate for the Asian markets. Often they want to know how to connect with the Singapore design ecosystem, with schools for talent and introductions to local designers and the community. My job is also to understand what those objectives are and facilitate those connections.

WHAT’S THE MOOD BEEN LIKE IN SINGAPORE THIS YEAR?
The first cases of the virus appeared quite soon after China. However, we managed to avoid lockdown until May. We were able to contain community spread for the first two months, which was only in the hundreds and with thankfully no fatalities. That is because we’d developed a system of contact tracing and enforcing quarantine due to our experience of SARS. So when this began we just took up the whole playbook again. This situation got trickier when we began repatriating overseas Singaporeans from Europe and North America, and then the foreign worker dormitories got hit.

IN TERMS OF WORK AND STUDIO LIFE FOR DESIGNERS HOW HAS IT BEEN?
It has been hard on everyone, business of course has been affected. Clients aren’t willing to invest in projects, so the pipeline of business for everyone is challenging. At the national level, the government is helping across the board with salaries and up-skilling or training courses. I’ve seen a broad range of responses from designers in Singapore. Some understand that they won’t see any revenues this year, but instead are developing new products and taking this time to invest more in R&D and new offers. I think there is cautious optimism there. One of our programmes is called The Good Design Research, a programme in which the council would invest 70% of prototyping and research and development costs in specific areas such as systems and process innovation, sustainable design, and technological innovation. That has received such a good response with over 60 submissions. What this pandemic has shown is that design has many more areas in which it must create impact, and designers must keep their eyes on the future. I think how we think about growth, alongside environmental sustainability as well as social inclusion, cannot be separated going forward. So how do you design for all of this together?

YOU’RE ALSO INVOLVED IN A LOT OF LIAISING WITH THE MEDIA. WITH TRADESHOWS AND TRAVEL CANCELLED WHAT HAS THAT MEANT FOR SINGAPOREAN DESIGNERS?
My answer will probably be the same as everyone else: digital, which is certainly effective. Firstly, there simply aren’t any other options, but also going digital has allowed us to reach a much wider audience than we previously thought possible. Going forward I think it needs to be a blended model, especially when economies start to reopen, and, as physical gatherings are once again possible. Of course air travel for us will be one of the key issues, but I think we all stand to lose if we can’t go back to some form of blended physical meetings followed by digital exchange of content. Ultimately it’s all about building and maintaining those relationships.

SO HOW HAVE YOU SPENT THIS TIME, UNABLE TO TRAVEL AND MEET PEOPLE IN PERSON?
Ironically it’s been busier than ever. It’s a situation of “all hands on deck”. Strategising for the future is so key right now, we are all required to put our brains together to ask the right questions and find answers. What does the post-COVID world look like for Singapore, for the design sector, what does it mean for the Council to support design sector and help our designers seize new opportunities and reinvent themselves?

SURELY ONLY GOOD THINGS CAN COME OUT OF HAVING TO ASK THOSE QUESTIONS?
Yes, absolutely. We had been asking these questions all along – issues like digitalisation, environmental sustainability, and social inclusion are not new, but they’ve been amplified and accelerated by COVID. The writing on the wall is extremely clear. So it’s a matter of how do you move first to establish an advantage, to establish a clear point of view and position around these issues? Yes, it was high time for the whole world to look at these issues seriously, but also for designers who will provide the answers for the future.

ARE YOU FEELING POSITIVE ABOUT THE NEAR FUTURE FOR DESIGN AND FOR SINGAPORE?
Right now my mood is cautiously optimistic. I feel like the next few years before a workable vaccine is found will be hard. I foresee the economy having to intermittently shut down and then reopen again, and that uncertainty will put a dampener on the short term. Longer term I am optimistic for all of the reasons we’ve talked about. This will become a more important part of government and business agenda, whereas previously you’ve seen a lot of green washing going on. Now there’s no choice but to take things seriously. I’m optimistic about the future and I think if we prepare ourselves now it will be the sort of future I want to see my kids grow up in.

AND HOW IS IT BEING BASED IN FRANCE? ARE YOU FINDING AN INTERESTING PERSPECTIVE FROM EUROPE AND LOOKING AT ASIA FROM AFAR?
It has been really interesting to see the whole evolution since late December, early January. When it started to hit the Asian countries, it seemed from Europe that people thought it was an Asian problem. Also, in many Asian countries due to the experience of SARS, we were prepared. When it hit Europe it spread in a really alarming way. And in a way, being on both sides, things like culture and lived experiences made a big difference. For example, the aversion to closing borders because you’re ‘one Europe’, that was a very strong ideological standpoint, being maybe not so practical. Even wondering why it spread so fast? Was it because of the cold weather? Well, yes, maybe, but also I was noticing cultural things like the fact that Europeans kiss each other to say hello. The whole idea of personal space is interesting. I definitely see cultural differences and for me, looking at it from an anthropological standpoint it’s been super fascinating. 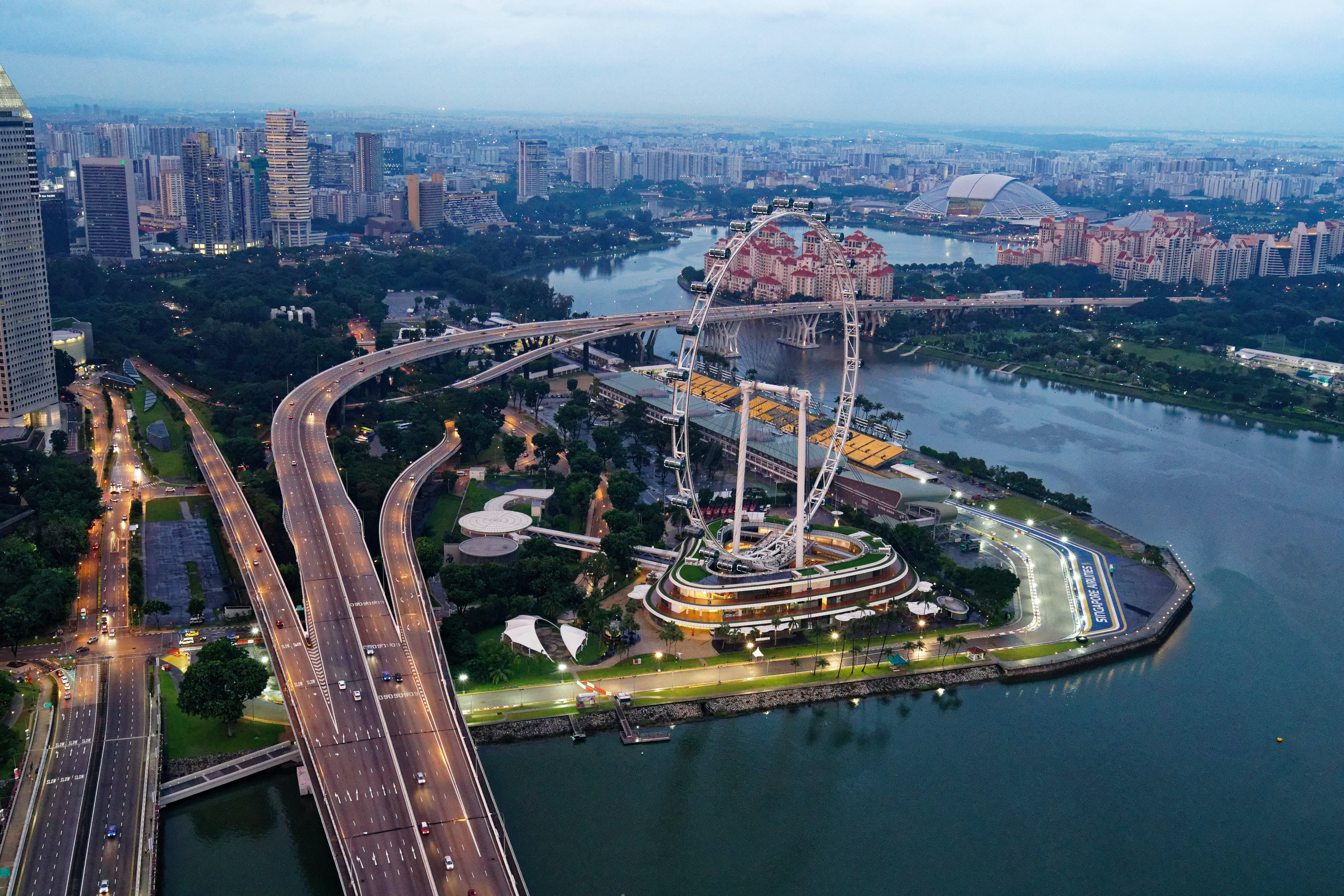 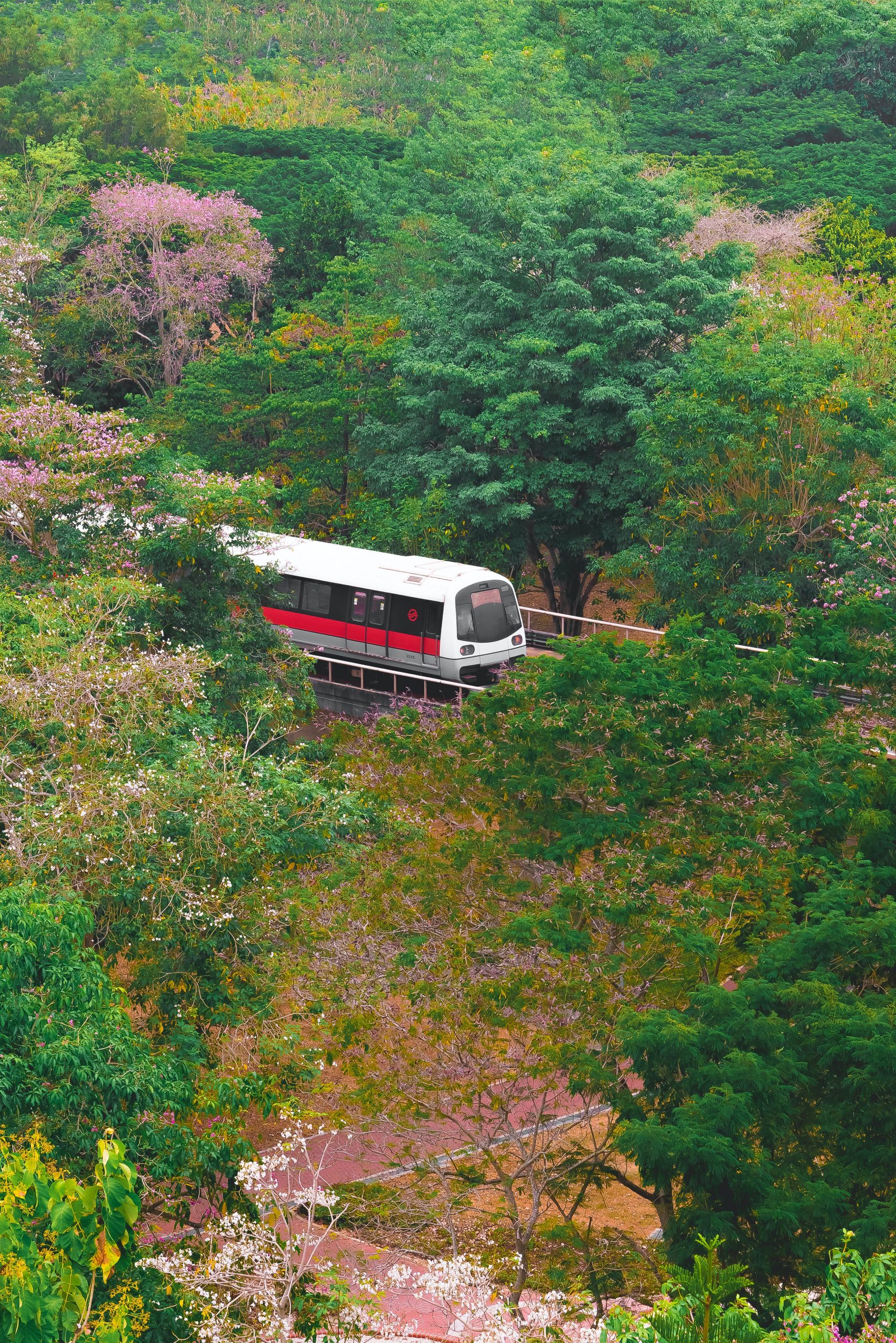 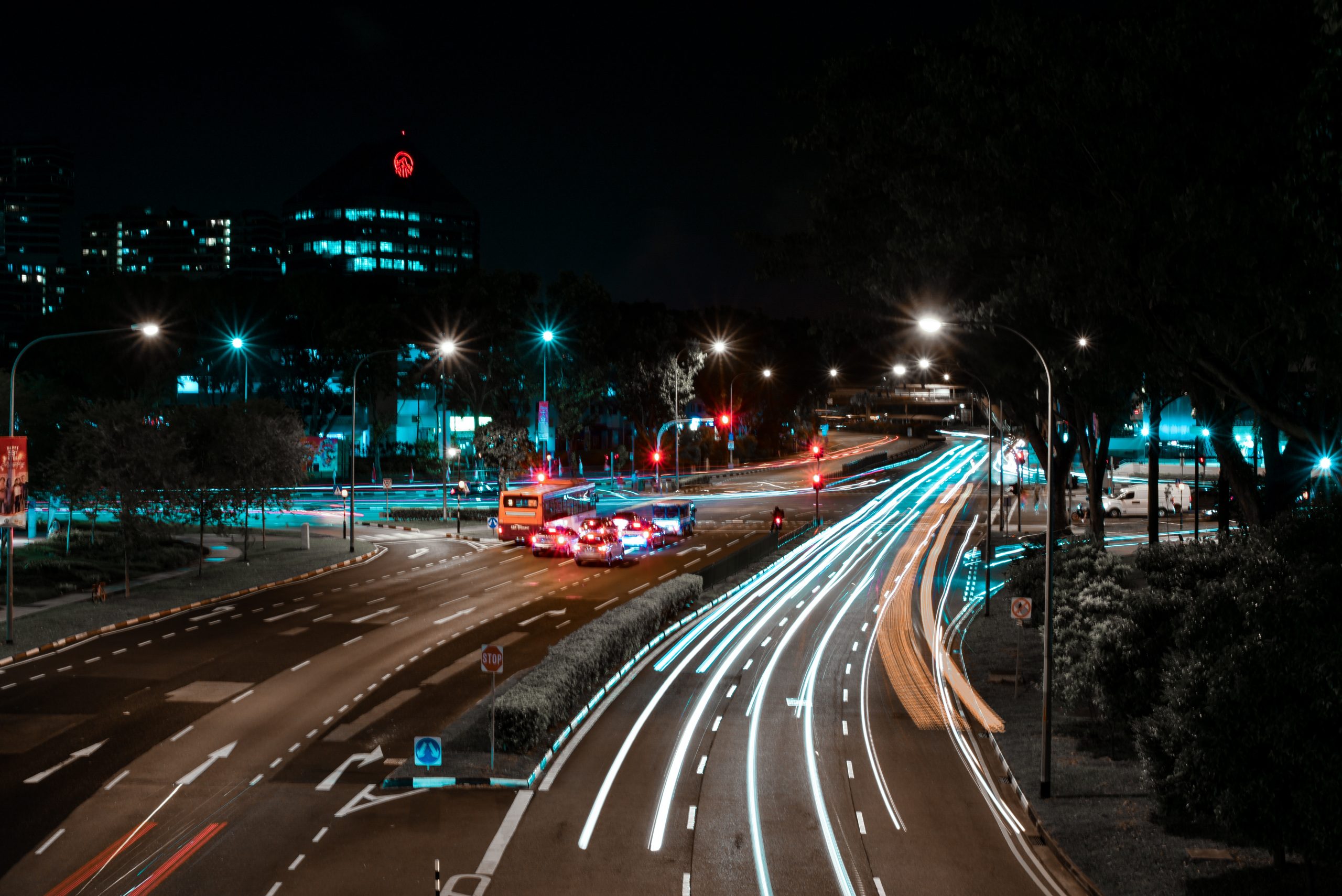 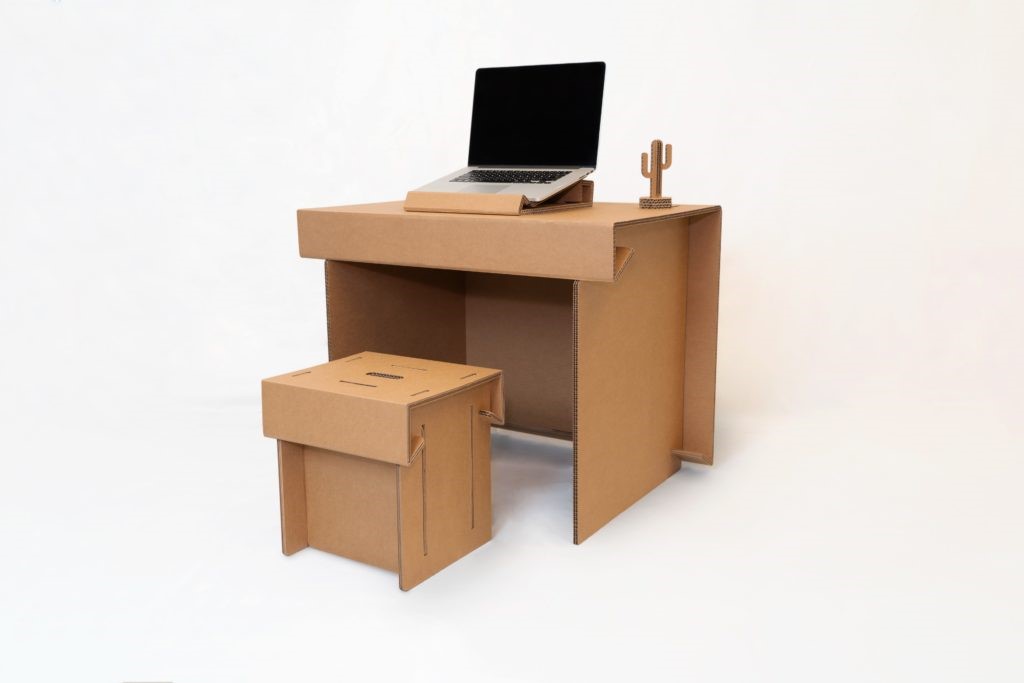 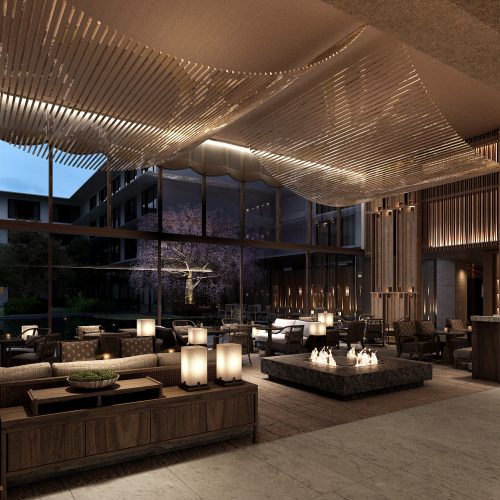 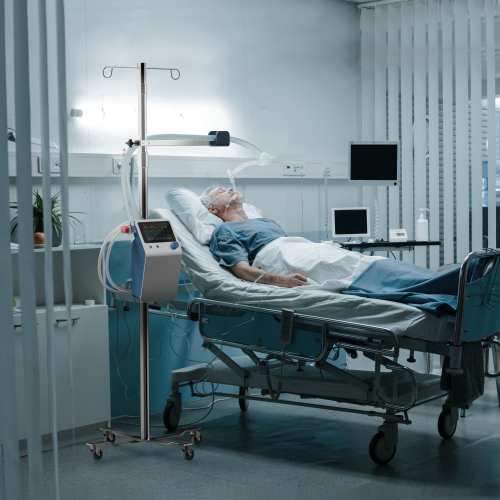