About Clients Contact Instagram Power of design 2022
News Broom off Broome
"British designer Lee Broom may have opted for a more mobile means of presenting his work in Milan, but for New York, his presence is more permanently felt with the opening of a pop-up shop in the heart of Soho…"
Pei-ru Keh, Wallpaper*
New York
Share

This month marks the debut of "Broom off Broome," award-winning British product and interior designer Lee Broom's new store located in Soho. Located at 63 Greene Street, just off Broome Street, the store is open for one month until June 10th 2016.

This is Broom’s first own branded store in North America and his second dedicated retail store worldwide. The 2,000 sq. ft store showcases over 50 of Lee Broom’s now iconic designs across furniture, accessories and lighting with all lighting UL listed for the US market. Signature pieces such as the Crescent Light, Hanging Hoop Chair, Drunken Side Table, the award-winning Crystal Bulb and the new Optical lighting collection - which launched at Milan Design Week 2016 - are available to buy alongside the new Mini Crescent collection launched to celebrate the landmark store opening.

To celebrate the new store opening, Broom revealed a new design exclusive to the US market. The Mini Crescent light is a smaller scaled version of the award- winning Crescent Light, a modernist deconstruction of a classic geometrical sphere, which launched in 2015. The Mini Crescent with its simple silhouette plays with form and balance, which are two key elements in Broom’s work.

An illuminated globe sliced in half to reveal a brushed brass fascia, it mixes solid and opaque finishes creating an all-round, gently diffused light. 7.8 inches in diameter the Mini Crescent light is available as a single pendant light, a 3-tier chandelier, a table light and also as a desk lamp – the first desk lamp to be designed by Broom. 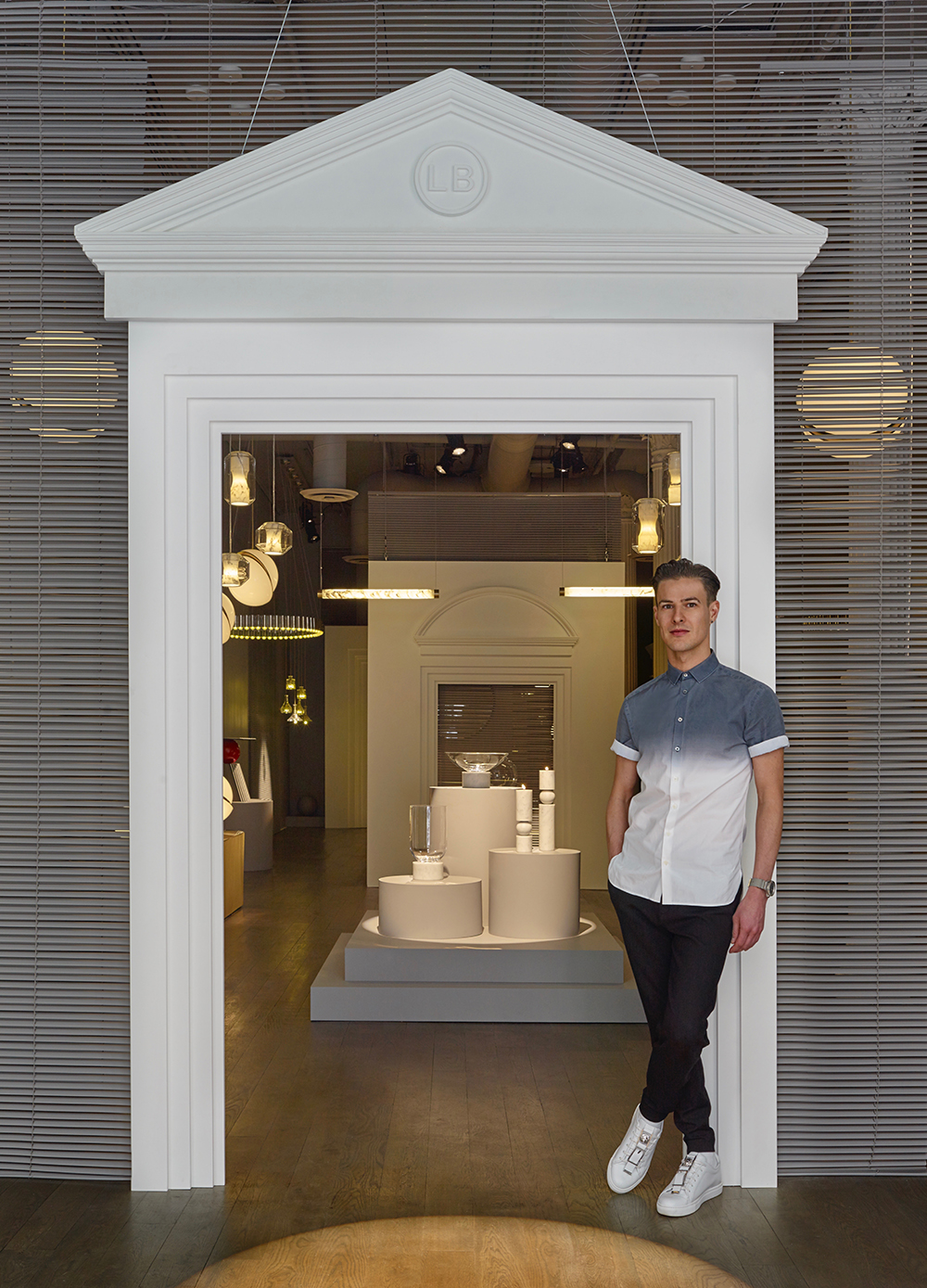 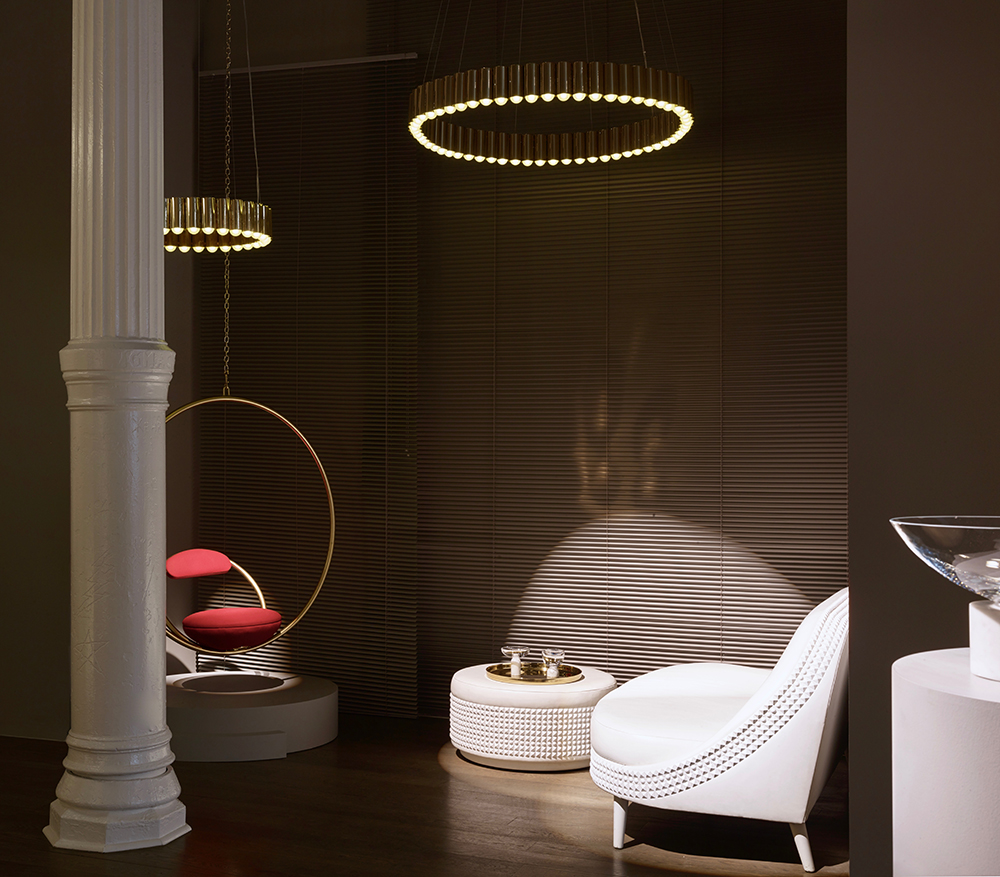 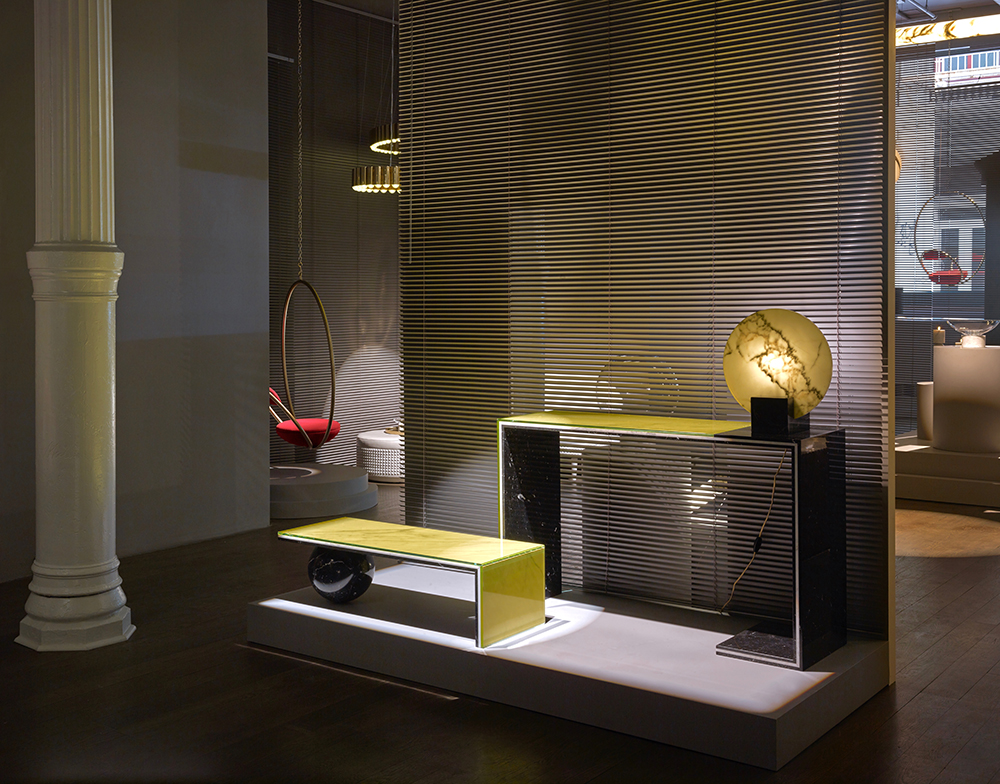 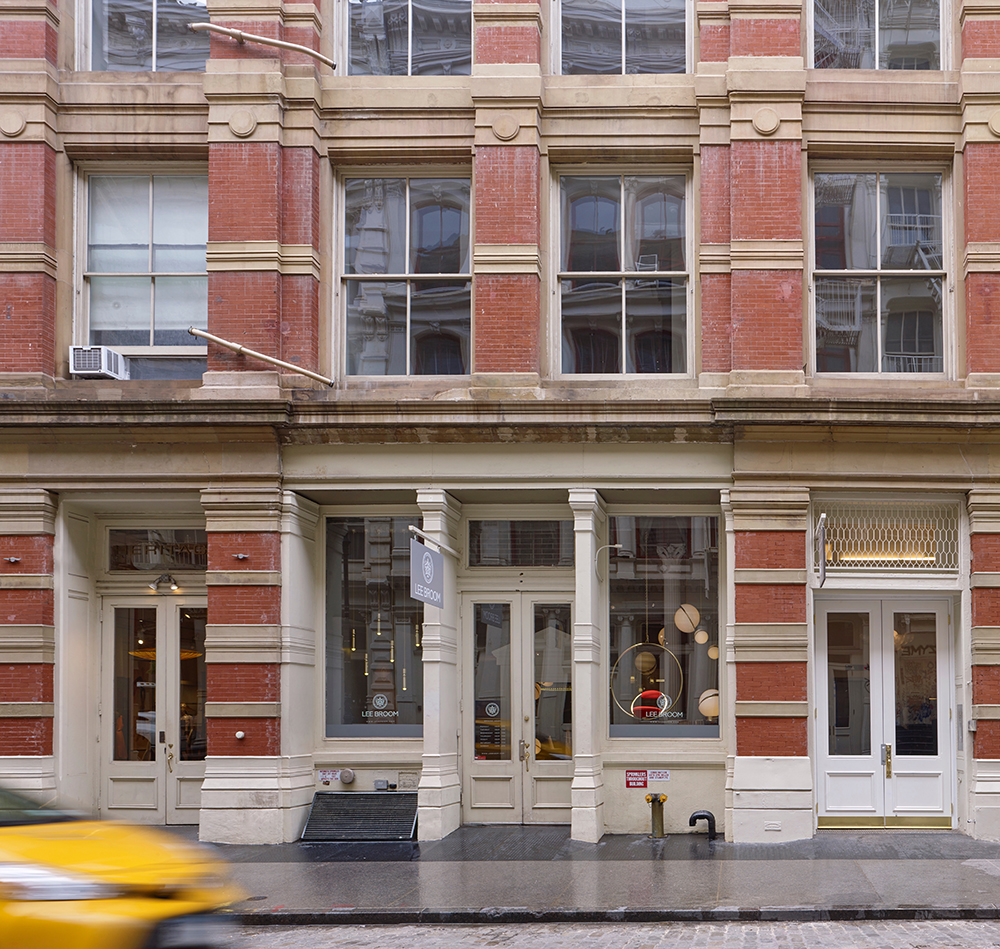 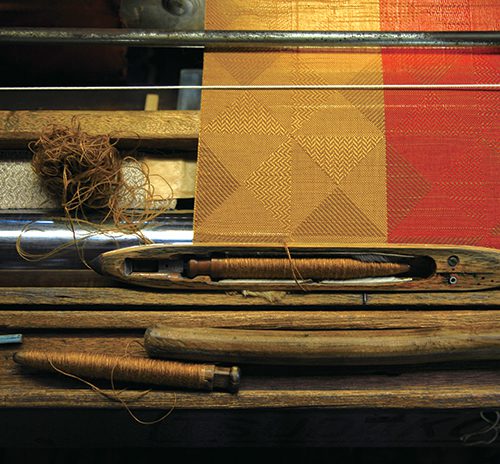 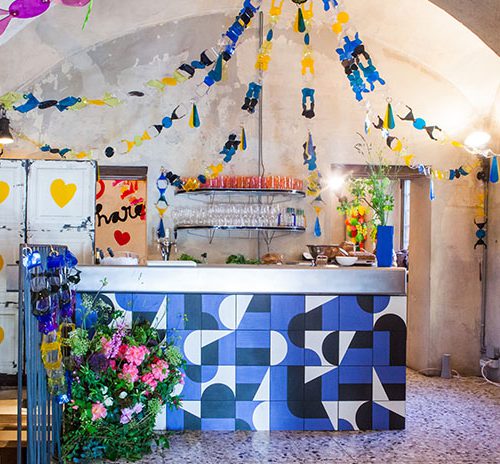